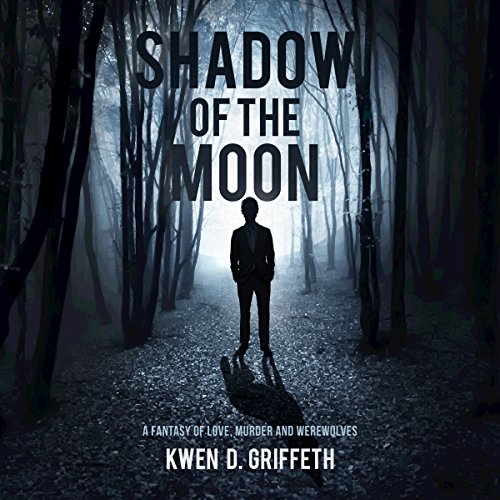 Shadow of the Moon

By: Kwen Griffeth
Narrated by: Paul J. McSorley
Try for $0.00

The grisly murder of a diplomat’s son in Central Park draws NYPD Detective Gerald Meeker and FBI Special Agent Andee Trakes into a twisted and confusing investigation. Within hours, the evidence indicates the man was executed in the manner saved for werewolves. Andee Trakes is assigned to liaison with a history professor who is an expert on folklore and legends.

Professor Alwyn Lloyd, handsome, articulate, and successful, not only agrees the method of death was indeed an execution, he claims to be a werewolf. Andee is torn between the desire to date the man and the suspicion to arrest him.

From the initial killing in the park, a bloody spree is ignited that soon has Andee and Lloyd forced to work together to protect themselves and family members.

Shadow of the Moon explores the world of werewolves and paints a picture of what is good about them as well as bad. The story explains what is beautiful as well as ugly about the wolf. The story is fast-paced and full of interesting characters and several twists and turns to keep both the fantasy as well as the suspense and romance enthusiasts entertained.

What listeners say about Shadow of the Moon

The author created a shifter society that was very believable and had aspects that were fresh and new. The story had an excellent flow and drew me in completely. The Narrator was excellent and I really enjoyed how each character was brought to life and became real as you listened. I will definitely be recommending this book.
I received this audiobook free for an honest review.

Just as it says it is

I received this audiobook free for an honest review. I couldn't put this story down. It is everything the writeup says it is. It is fast paced (sometimes too fast). There are things that come out in the end that you think are strange when you read/hear them earlier in the story. There is romance, thrill, suspense and fantasy. Everything wrapped up in one story. This book offers some very funny and some very sad sections. The narrator did an excellent job with the characters. I felt what the characters felt. Each character was unique and the narrator made sure you understood that. Looking forward to more books by this author and narrator.

McSorley does it again!

If you could sum up Shadow of the Moon in three words, what would they be?

What other book might you compare Shadow of the Moon to and why?

This is somewhat out of my usual genre so that is difficult, but to me it incorporates the best of crime fiction and paranormal, for a synergy that is very riveting.

What does Paul J. McSorley bring to the story that you wouldn’t experience if you just read the book?

The voice is rich and full and he gives the text integrity and believability that is essential in a story like this. The writing is solid, but the voice moves this into five stars overall.

Perpetrators don't have to have two legs.

I look forward to another book and another performance by this narrator.

What made the experience of listening to Shadow of the Moon the most enjoyable?

The story moved along at a very decent pace, never hitting a slow point where the story dragged.

Have you listened to any of Paul J. McSorley’s other performances before? How does this one compare?

First time listening to PJM, and thought his performance was excellent.

A little long for just one sitting, but I did come back to it often until it was complete.

wow and wow. Up until now the most well-written werewolf novel I've read was by Robert McCammon but Kwen Griffeth just took that number one spot. There is romance also. Crying while listening to an audiobook was a first for me. Griffeth has portrayed such realistic people, I can tell he has studied human behavior. Griffeth's writing is like that. It feels as though he finds people fascinating, even the villains. His female characters are especially relatable for me.

I really hope Griffeth continues to write more. And I'd especially like to see another book centered around Andee and Alwyn or even more about Miranda. The genre for this novel was all over the place. It had action, adventure, fantasy, and romance.

Paul J. McSorley has done an outstanding job with the narration. McSorley has a way of drawing you so far into the story that you forget you're being read to. His voice for Alwyn was perfect. I already know I'll be listening to this book several more times and I wholeheartedly recommend this book.

A book you can sink your teeth into!

Loved this book! My first by this author and I was not disappointed. An FBI agent, Adeline, is slated with investigating the murder of a diplomats son. She is to be the liaison to the UN and assist the NYPD from the periphery. Her close friend and pseudo father is the detective in charge and from the beginning the case stinks. Werewolves aren’t real, are they? She seeks out an expert in myth and soon finds herself struck by the mans magnetism as together the try to solve the case and evade retribution. Excellent fantasy sci fi thriller with intense heat! Cant wait for more! The narrator was fantastic! I received a free review copy of this book at my request and have voluntarily left this review.

I love when authors combine multiple genres like Kwen Griffeth did in this book. This whole listen was absolutely captivating from the first minute to the last. We get a combination of romance with werewolves and law enforcement as well as a rogue. All the characters are very well written and we get a good background on them. This author is new to me, but I would love to listen to more of her work because this book really impressed me. Great writing and storyline, we get twists and turns throughout but everything ties together nicely; there isn't much of a cliffhanger.

The narrator did a wonderful job in this performance. I think he really captured the tone and intensity of the characters. His voice make this excellent story into a full blown masterpiece.

Can't wait for more by this author and narrator. This one was impressive.

I received a review copy at my request and voluntarily left this unbiased review.

Shadow of the Moon is a fascinating blend of suspense, science fiction and romance with the perfect amount of each element. This book features Andee, an FBI agent investigating the seeming werewolf execution of a diplomat's son. Her search for answers leads her to a professor in ancient practices, Alwyn, and from him Andee learns about the historical basis for werewolves. As she becomes closer to Alwyn and his family, she begins to believe that werewolves might exist. Griffeth has a unique take on the werewolf culture and history, and he uses Alwyn's tutoring of Andee to introduce the readers to the rituals and customs of the werewolf clans. While Andee is opening her mind to new realities, a killer continues to hunt and attack, and she is torn between her developing love for Alwyn and her need to solve the crimes and find the perpetrator. Although the book has plenty of action and suspense, it's true focus is Andee's growth as an individual and as a woman worthy of mating an alpha werewolf.

Paul J McSorley's narration is fantastic. He has a very deep, sonorous voice, and he does a great job of differentiating between characters. His delivery is flawless, and he uses the correct emotion level for all the many and varied moods of this story.

I received a free copy of this audio book in exchange for an honest review. I really enjoyed the story. Iit was fast-paced with likeable characters and a really interesting storyline. I read along with the Kindle version of the book. The story is about an FBI agent investigating a murder in Central Park. There are supernatural twists in the story. The story flowed well. I did find the potential romance a little frustrating with the back and forth. But I was rooting for them. I hope there is a follow up book. .I read / listened to this straight through and stayed up way too late. I had to know how it turned out. I liked the narrator and thought he did a good job with both the male and female voices. The pacing and narration added to the overall enjoyment of the book.

“Shadow of the Moon” is a great novel, it is interesting and well written. The author, Owen Griffeth, is imaginative and creative. He is detail orientated and brings the reader into the world he is creating and captivates their mind until the very end. There is great character development and storylines. A great mixed bag of fantasy, paranormal, crime drama, mystery, suspense and romance. A fascinating take on the old werewolf legend, he kept real too. I highly recommend this book, it is enjoyable, entertaining and keeps you thinking. I hope this is not the last we hear of Andee and Alwyn, Miranda too. Owen Griffeth, thank you for this great read!

I listened to the Audible edition, Paul J. McSorley is a fabulous narrator. He performs all the voices, giving each character a distinct sound. He sets a perfect tone and pace, adds the right amount of dramatic flair to the story. He brings the story and its characters to life from the pages to your ears. Thank you for the great listen.

I didn't want it to end

Begins with an unfolding FBI murder case that quickly turns into a werewolf story held together with a backbone of love. Very different from other werewolf books I've listened too, this one a has great origin story and It didn't take long to build a relationship with the characters.
Hopefully more from where this one came from, Its left me wanting more...

This was an incredible book that I really enjoyed. It was imaginative and intricate and it really pulled me into the plot and the story and the characters. I liked the take on werewolves, and it felt really refreshing. I loved the relationship between Andee and Alwyn. I really didn’t want to put it down.

This book was not what I expected. I found Andee the female FBI agent to be contradictory. She would do or say something but then later on she would do or say something else but other then this I thought the book was great. I liked the fact that there was not one hero but both the main characters helped and saved each other which I find to be releastic and I am glad that the author went this way.
There is violence and a rape scene but this happens behind closed doors.
I would recommend this book to those who love romance, shifters and mystery.