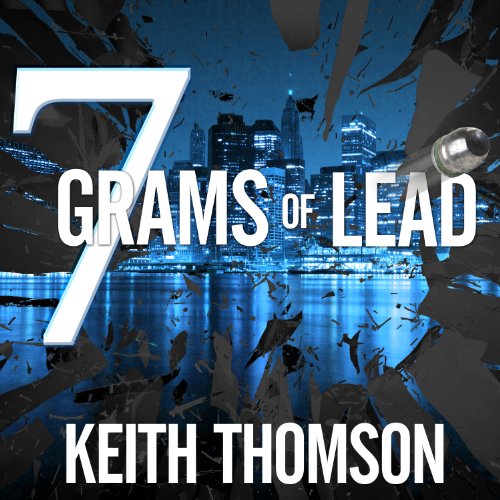 By: Keith Thomson
Narrated by: Roger Wayne
Try for $0.00

Russ Thornton is a hard-hitting journalist known for his ability to take on big targets in government and in business. An old flame, now a Capitol Hill staffer, contacts him out of the blue wanting to disclose some top-secret information. But she is gunned down in cold blood, right in front of him. Worse, the killers are concerned about what Thornton knows, and who he may tell. He finds himself in a game of cat-and-mouse, where the stakes are life and death and the surveillance technology is so sophisticated that he wouldn't believe it existed - if it weren't implanted in his own head.

What listeners say about Seven Grams of Lead

Guaranteed you won't be able to stop listening!

What made the experience of listening to Seven Grams of Lead the most enjoyable?


I have been waiting months for the release of 7 Grams of Lead by Keith Thomson and after reading it, I am not disappointed. In fact, it was one of the best thrillers I have read. I didn’t think it was possible to write a book as good as, or better than, Once a Spy or Twice a Spy, but he has done it with 7 Grams of Lead. My normal reads include Lee Child, C.J. Box, David Baldacci and Vince Flynn (RIP). Mr. Thomson can hang in there with any of them delivering a fast paced, well researched, can’t put it down, page turner!

His books carry a common theme of the sympathetic misfit the reader can’t help but love. The main character, a blogger and journalist, gets too close to a secret that could mean the end of not only his own life, but the lives of millions and so soon becomes a target himself; he also becomes the unexpected hero. I won’t give away too much because it would eliminate the wonderful surprises in store for anyone smart enough to buy the book except to say it will probably be the best book you will read this year.

I especially enjoyed the scene where the lead characters escaped captivity by boat.

I did, in fact, listen to it in one sitting. I could not turn it off finding myself right there in the story occupying a front seat to all the action!

I cannot recommend this book strongly enough. A great escape from it all! Good listening to you.

I almost didn't listen to this very good book because of the reviews saying that the narration was terrible. It is not terrible. Some words are mispronounced. I have noticed that 9 out of 10 performers mispronounce "dour" and many mispronounce "substantive," yet life goes on. Many, but not all, of the words of concern in this reading are French. This is a great book, exciting and interesting and thought-provoking. I hope others will take a chance on it.

I honestly enjoy the characters, scenes, and dialogue in this book. Unfortunately the narrator is so bad, I was often wrenched out of the storyline. His constant mispronunciations were bad enough at times to make me wonder if he was doing it intentionally. I have over two hundred books in my library here on audible, and have listened to a couple hundred more from the library etc. This is far and away the worst narrator I've ever heard. The author should be allowed to strangle this guy for massacring what is clearly a well researched and much loved tale.

This reader can't even pronounce the correct name of cars and countries. He needs help. The story was good and good research and trivia facts.

Would you be willing to try another one of Roger Wayne’s performances?

Was Seven Grams of Lead worth the listening time?

Sad when good book is screwed up with a bad reader.

I would not have purchased it, expectations were set too high to compare to Vince Flynn and the narrator was part of the problem.

Would you ever listen to anything by Keith Thomson again?

I will try another one but not with the same narrator.

Tell him not to compare himself to Vince Flynn on Facebook ...

The narrator's voice and inflection were great, but he mispronounced so many words that it became very distracting.