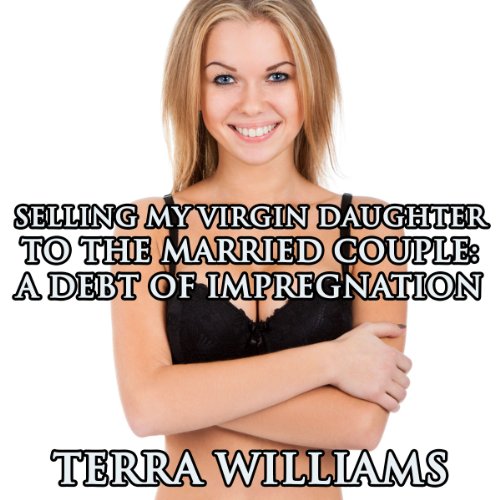 Selling My Virgin Daughter to the Married Couple

By: Terra Williams
Narrated by: Elizabeth Meadows
Try for $0.00

Selling My Virgin Daughter to the Married Couple: A Debt of Impregnation, tells the story of a father who has a debt to a pay to a couple down the street. He has nothing to satisfy his debt to them except his sexy 18-year-old virgin daughter, who has no other choice but to accept his decision to sell her to them. She reluctantly accepts her fate, and begins a new life full of whips, chains, and a new baby, that the couple want to have with her as they explore every part of her fertile and nubile body.

the narrator was really bad. Don't get me wrong her voice is cute and would have been really sexy had she put in the effort to do it, a few moans or breathy statements would have gone a long way.

but even the very basics of voice narration were not done correctly, she was struggling to pronounce words, long pauses while she was trying to find her place on the page and even mispronounced a few words. it felt more like a teenager's reading from a book in class for the first time rather than the work of a professional narrator.