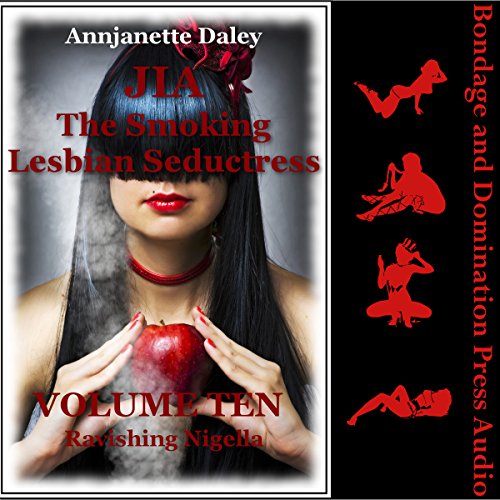 By: Annjanette Daley
Narrated by: Tracie McCall
Try for $0.00

Jia, The Smoking Lesbian Seductress, is the intense new series from Annjanette Daley. See what happens when a woman with a definite smoking fetish, and a definite desire to corrupt every morally upright straight woman she sees, puts her plans into action. With tons of first lesbian sex, reluctant lesbian sex, and group lesbian sex, this might be the lesbian seduction erotica series to make all others seem tame.

In this volume, Hillary's resistance includes sending Bouncy and Hannah away, but such a response can't stop Jia, who has an ace to play. In this case, it's Nigella, a young woman with the power to thwart Hillary's efforts, a young woman Jia intends to enjoy with reluctant group lesbian sex as the order of the day!

What listeners say about Ravishing Nigella