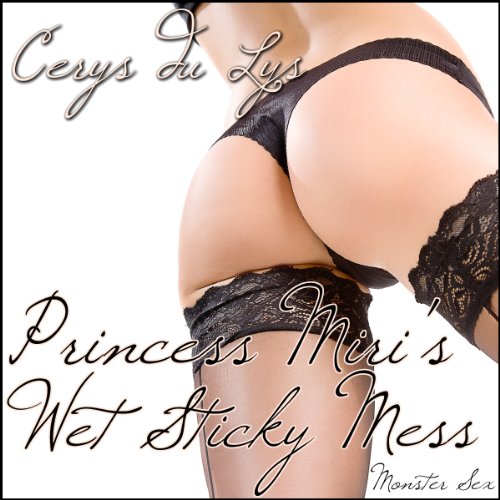 By: Cerys du Lys
Narrated by: Jessica Silano
Try for $0.00

The King wants Miri to start thinking about how she'll eventually need to rule the Kingdom. Unfortunately the only thing on her mind is her new troll servant, Thump, and his large endowments.

The things he did to her last time - the things he could do to her again! - the temptation becomes too much. Finding an excuse to shirk her royal duties, Miri secretly heads to her room with one thought in mind: Just how excited can she make Thump get?

Thump has plans of his own, too. Plans that include one of the most mind-blowing experiences Miri's ever encountered.

Warning! This sultry audiobook contains scenes featuring a princess performing some sexual experimentation on her monster of a troll, Miri becoming the target of some monstrous experimentation herself, and rough, wet, messy monster sex in Princess Miri's private bathing room.