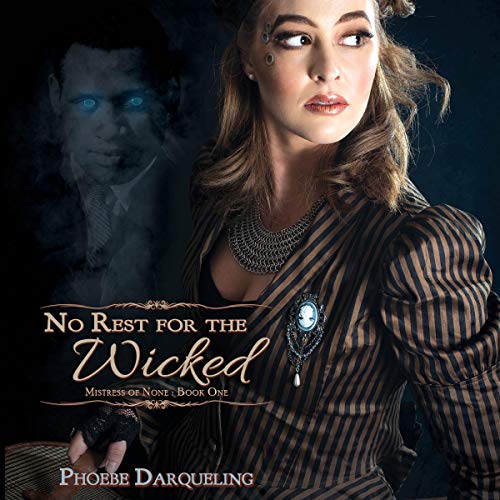 No Rest for The Wicked

Other people just think they’re “haunted by the past”. In Vi’s case, it’s true.

Clairvoyant Viola Thorne wants to forget about her days of grifting and running errands for ghosts. The problem? Playing it safe is dull. So when a dead stranger begs for her help, Vi jumps at the chance to dust off her hustling skills. The unlikely companions are soon tangling with bandits, cheating at cards, and loving every minute.

Then she finds out who referred him, and Vi has to face both a past and ex-partner that refuse to stay buried. Though she betrayed Peter, his spirit warns her of the plot that cost him his life. Vi’s guilty conscience won’t let her rest until she solves his murder. Though she’s spent her whole life fighting the pull of the paranormal, it holds the key to atoning for the only deception she’s ever regretted - breaking Peter’s heart.

What listeners say about No Rest for The Wicked