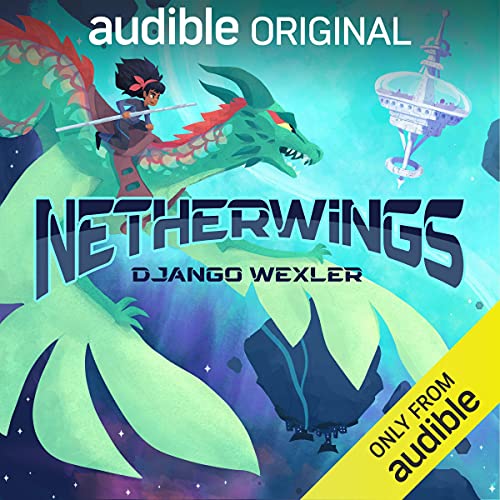 Get it free when it's released
Try our newest plan – unlimited listening to select audiobooks, Audible Originals, and podcasts.
You will get an email reminder before your trial ends.
$7.95 a month after 30 day trial. Upgrade or cancel anytime.

By: Django Wexler
Narrated by: Bahni Turpin
Get it free when it's released

Kay’s life is pretty boring. She goes to school, spends quiet evenings at home with her foster mom, and has the occasional brush with mischief thanks to her best and only friend Will. But everything is about to change.

One night, Kay tags along on another one of Will’s adventures, and they both end up recruited by a talking fox to become Netherjacks, protectors of all the worlds. Once they arrive at the training academy, though, Will is paired with a legendary Netherwing mount and quickly rises in the trainee ranks, leaving Kay behind with barely a glance.

Kay has a decision to make - go home, and forget all about Netherjacks and Will, or stay and throw herself into training. With the help of her squadronmates and her Netherwing Nax, Kay just might discover that she’s more than just Will’s friend - she could be a leader. A hero. A Netherjack.

What listeners say about Netherwings