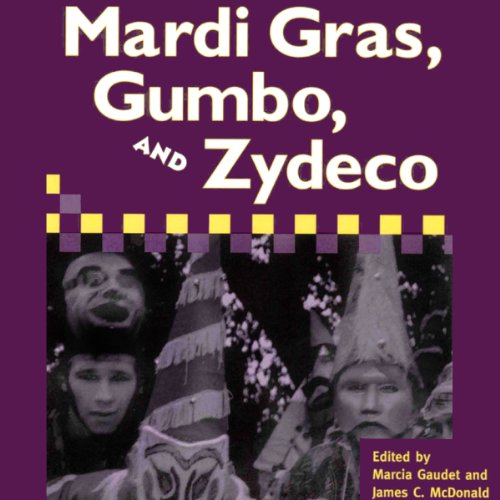 The detectable identity of southern Louisiana's one-of-a-kind culture has been expressed in numerous descriptive phrases--"south of the South," "the northern tip of the Caribbean," "this folklore land." A strange, piquant, and savory mixture, it also has been likened to one of the region's signature dishes, gumbo.

Capturing this elusive culture and its charm has challenged many authors, anthropologists, and anthologists. Coming perhaps closest of any book yet published, this new anthology of readings affords reflections on southern Louisiana's distinctive traditions, folklore, and folklife. Crystalizing its rich diversity and character, these sharply focused essays are a precise introduction to aspects that too often are diffused in sundry discussions of general Deep South culture. Here, each is seen distinctly, precisely, and uniquely.

Written by leading scholars, the thirteen essays focus on many subjects, including the celebration of Mardi Gras and of Christmas, Louisiana foodways, the delineation between Cajun and Creole, the African Americans and Native Americans of the region, Zydeco music, and Cajun humor.

The essays show great range and are reprinted from hard-to-find publications. They include a description of Cajun Country Mardi Gras on the prairies of southwestern Louisiana, an analysis of the social implications of the New Orleans Mardi Gras parades, a study of the Houma Indians of coastal Louisiana, and an analysis of the devotion given to a young Cajun girl whom many regard as a saint.

Collected here, the essays portray a land and a people that are unlike any other.

What listeners say about Mardi Gras, Gumbo, and Zydeco

A boon to my collection

Get this book and add it to your NOLA library. Great reference book for when I’m writing songs, films or teaching my culture to people

this was like College essays- I wanted it to be entertaining and enticing.

Would you be willing to try another book from Marcia Gaudet and James C. McDonald ? Why or why not?

no - too dry and repetitive. -

Yes - some new info.. but could have been so much better!!