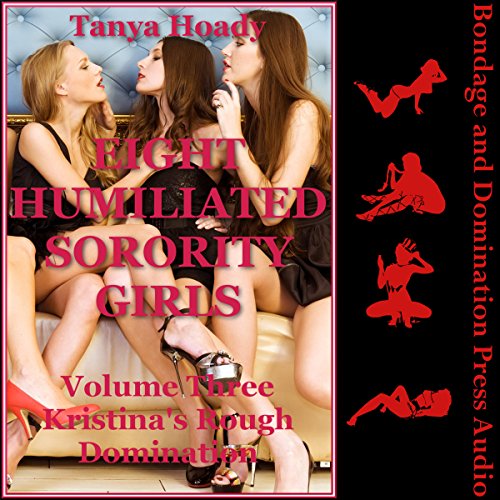 In this story, it's Kristina's turn to face the humiliation Joe's already given to Melissa. Unlike Melissa, she was a little turned on. Now that she saw how he treated Melissa, though, Kristina is afraid because she knows the kind of rough sex she's in for! Humiliation and domination are the order of the day!

She nodded nervously and obeyed, and Joe loved the sight of her ass, curvy and deliciously apple cheeked within the very tight jeans. He stepped forward and landed a spank on her ass. She yelped and then giggled a little. "This ass is perfect." He turned and looked at Melissa. "Don't you think so?"

Melissa gulped, obviously wishing she didn't have to interact at all. Finally she whispered, "Yes, Sir."

Kristina actually blushed. Joe realized she was up for all of this even though she'd done her best to keep up appearances a little bit. "Yeah, Melissa," he said. "I bet her ass will feel so nice and so tight when I stick my dick in it."

He was looking at Melissa when he said those words and she lowered her eyes and said softly, "I guess." She seemed to catch herself and added, "Sir." God the way he'd broken her had him so f***ing turned on he wished he hadn't given his word to let her off the hook in terms of any more sex.