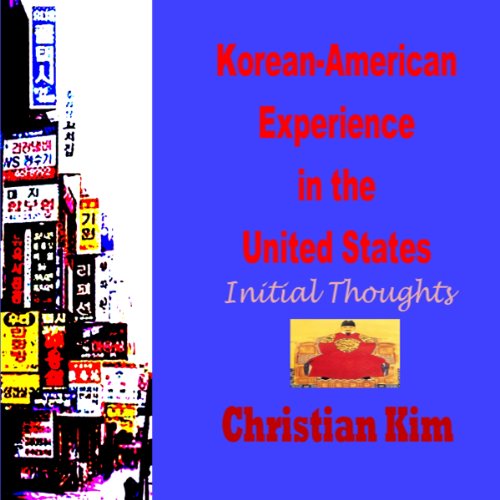 Korean-American Experience in the United States

By: Christian Kim
Narrated by: Young Choi
Try for $0.00

How is it that Korean-Americans came to play such an important role in the American society, particularly in the area of religion? This is a very good book to understand what makes the Korean-Americans "tick". Particularly insightful are the ways in which Christian Kim, the author, captures general patterns for the Korean-Americans and their successes. This is by far the best introductory book on Korean-Americans in the market and will be very useful for use in classroom settings, both on the high school and college levels, in courses dealing with ethnic studies and the Asian experience in American history and society.

What listeners say about Korean-American Experience in the United States