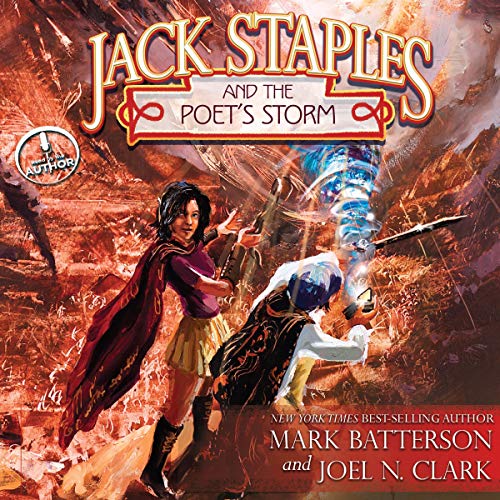 Jack Staples and the Poet's Storm

"Fear is an imagined mountain. Believe it is real and climb the mountain if you wish, or you can step through it and lay hold of your destiny." (Mrs. Dumphry)

Our world is more fantastical than we dare imagine...filled with both unbelievable beauty and horrific evil. Just ask Jack Staples and Alexia Dreager. They're at the epicenter of the conflict that's been raging since before time began. Their births and destinies have long been prophesied, but things aren't going as planned.

In this epic conclusion to the trilogy, Jack and Alexia must make an impossible choice during their final battle against the assassin - one that could alter time itself and the fate of the world.

What listeners say about Jack Staples and the Poet's Storm

Read it for yourself!

read the entire Trilogy to find out why in my opinion, this is one of the most exciting and inspiring trilogies for anybody of any age to read and grow as a Christian from. I learned so much about my power in Christ, my position as a Christian, and how powerful God truly is on our behalf. Thank you so much for writing Jack Staples And The Poet's Storm!

I couldn't stop listening. A pure reflection of biblical truth and principles. The message was not hidden. Also very well narrated.