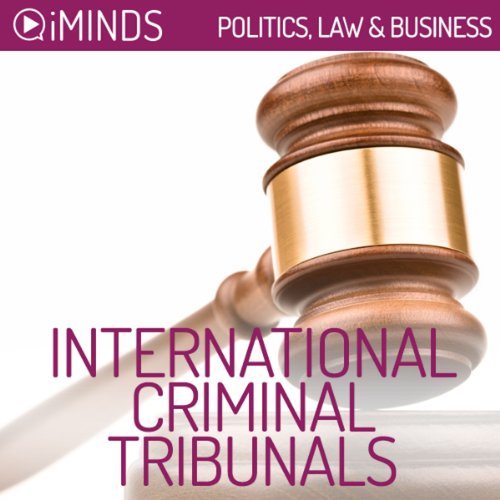 Learn about the International Criminal Tribunals with iMinds insightful audio knowledge series.The concept of prosecuting war criminals is not unique to the modern world. Individuals who breached the “rules of war” were tried in Ancient Greece, and probably earlier. However, those early prosecutions were carried out by national courts, generally by victors against the vanquished, and so could hardly be described as examples of fair and impartial international justice.

Underpinning the prosecutions was a notion that, even in war, there are certain rules which must be obeyed. The first notable international attempt to codify these “rules of war” was the Geneva Convention of 1864, followed by the Hague conventions in 1899 and 1907. The suggestion was raised then that an international criminal court should be established to enforce the conventions, however the idea was too radical at the time where national boundaries were considered absolute.

At the conclusion of World War I, the Treaty of Versailles contained an agreement that a tribunal would be established to try Kaiser Wilhelm II, the German leader.

This short piece is very useful as a research starter, pointing the reader in the right direction to find good research material.