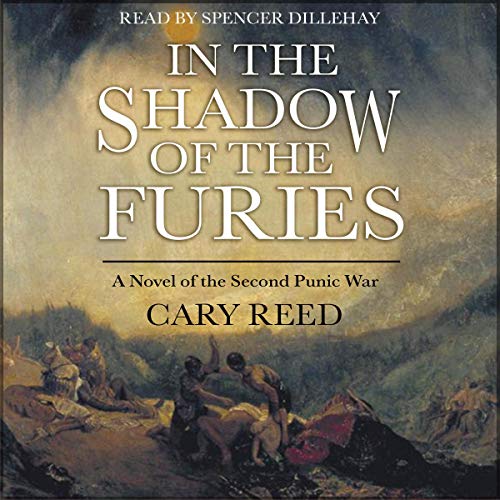 In the Shadow of the Furies

By: Cary Reed
Narrated by: Spencer Dillehay
Try for $0.00

In the grandeur and brutality of ancient Rome, a man is only as great as his daring.

Scipio lives the charmed life of a Roman playboy, but his indolence masks the pain of a past he refuses to face, and the bitter rejection of his estranged father, the consul Cornelius. Women and wine quench Scipio’s thirst for life, until the day he hungers for something more. Driven by staunch principles and fiery debate, Aemelia is unlike any woman Scipio’s desired and he longs to make her his wife. But Aemelia and her father know that he is a lover, not a husband.

Beyond the grand halls and opulent gardens of Rome, war with Carthage is brewing. When Scipio is invited to join his father on the battlefields of Hispania, it is his chance to find glory and finally silence the shame and guilt that haunts him. Waiting for them is the brilliant and deadly general Hannibal, and the hard realities of war. At home, Aemelia watches as the city she loves threatens to slip backwards into prejudice, misogyny, and corruption.

In an age of glorious victory, molten desires, and brutal consequences, Scipio and Aemelia walk the fine edge of disaster, while caught in the grip of a conflict that will shape the world forever.

What listeners say about In the Shadow of the Furies