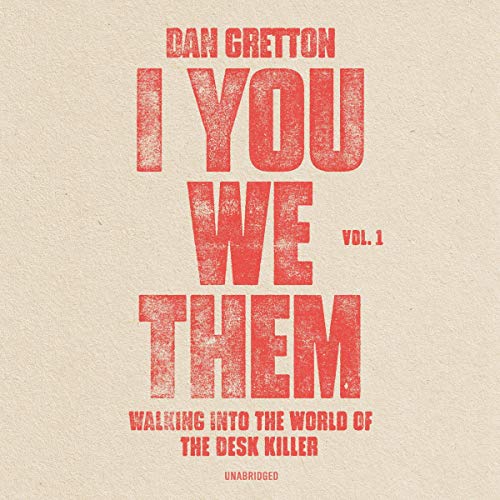 I You We Them

By: Dan Gretton
Narrated by: Peter Noble
Try for $0.00

Vast and revelatory, Dan Gretton’s I You We Them is an unprecedented study of the perpetrators of crimes against humanity: the “desk killers” who ordered and directed some of the worst atrocities of the modern era. From Albert Speer’s complicity in Nazi barbarism to Royal Dutch Shell’s role in the murders of the Nigerian activist Ken Saro-Wiwa and the rest of the Ogoni Nine, Gretton probes the depths of the figure “who, by giving orders, uses paper or a phone or a computer to kill, instead of a gun”.

Over the past 20 years, Gretton has interviewed survivors and perpetrators and pored over archives and thousands of pages of testimony. His insight into the psychology of the desk killer is contextualized by the journey he took to penetrate it. Woven into the narrative are his contemplative interludes - perspectives gleaned during walks in the woods, reminiscences about a lost love, and considerations of timeless moral conundrums. The result is a genre-bending work steeped as much in personal reflection as it is in literature and historical and psychological illumination.

A synthesis of history, reportage, and memoir, I You We Them is the first volume of a groundbreaking journal of discovery that bears witness to and reckons with the largest and most pressing questions before humanity.

What listeners say about I You We Them