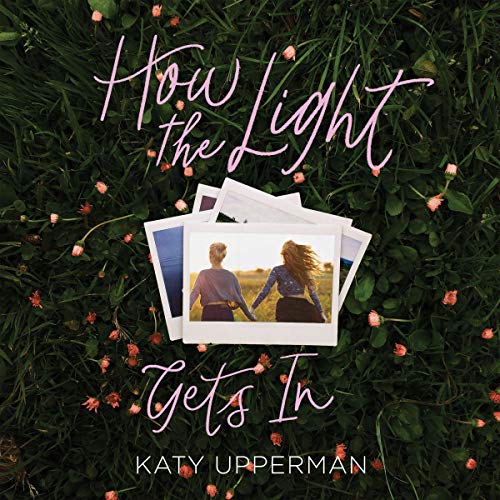 How the Light Gets In

By: Katy Upperman
Narrated by: Emma Lysy
Try for $0.00

Katy Upperman's How the Light Gets In is a haunting YA audiobook about a teen coping with the loss of her sibling.

Since her sister’s tragic death, 17-year-old Callie Ryan has basically given up. Her grades have plummeted, she’s quit her swim team, and she barely recognizes the people her parents once were.

When she returns to her aunt’s run-down coastal Victorian one year after Chloe’s death, Callie resigns herself to a summer of guilt and home renovations. She doesn’t expect to be charmed by the tiny coastal town or by Tucker Morgan, a local boy brimming with sunshine.

But even as her days begin to brighten, Callie’s nights are crowded with chilling dreams, unanswered questions, and eerie phenomena that have her convinced she’s being haunted. Will Callie be able to figure out what her sister is trying to communicate before it’s too late?

What listeners say about How the Light Gets In

Wow.
Just wow.
This story grabbed me from the beginning and still hasn't let go, even though I finished reading it last night. Katy has a way with words. And I loved Emma's narrating. She's the perfect Callie! Katy's writing is gorgeous but even more than that, she infuses so much emotion in the way she writes and Emma manages to convey all those emotions <3
The bond between Callie and Chloe was so strong and the grief Callie feels jumps right out of the page. Every character is fleshed out. Every character feels real. Every character feels like someone you just had a conversation with.
Like Tucker. Tucker is my new book crush. He's sweet and funny and charming. He's got goals and he's dealing with his own loss and his own past.
Oh and then there's the setting, the little beach town, the B&B, the pool and the sand and the water and the poppies. It's there. You can feel the sand under your feet and smell the flower. Because Katy could write a Master class on how to use setting in a novel.
The paranormal element was so well weaved into the story. To me, it worked perfectly.
And what I really need is more of Tucker and Callie and more of Drew and Brynn!