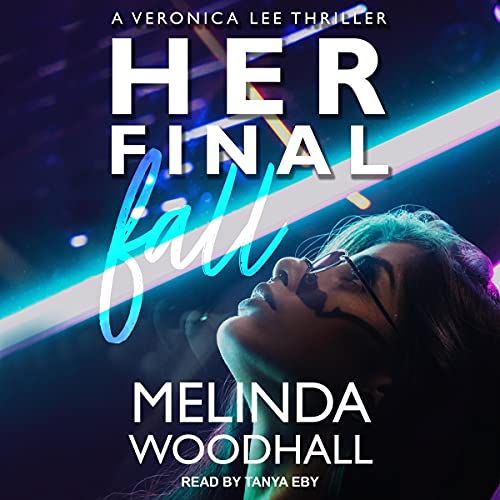 By: Melinda Woodhall
Narrated by: Tanya Eby
Try for $0.00

After a glamorous model plunges to her death from a Miami high-rise, investigative reporter Veronica Lee receives a horrifying video that reveals the killer's ruthless quest for vengeance.

State Prosecutor Riley Odell is suddenly drawn into the murder investigation when her estranged sister seeks refuge in the small Florida town of Willow Bay.

And as the town's new chief of police scrambles to catch the killer before he claims another victim, the trail leads to a faraway grave that holds the clue to the twisted predator's shocking past.

But nothing can prepare Veronica Lee for the killer's final act of revenge as she confronts the man who vowed to take her life and destroy everyone she loves.

What listeners say about Her Final Fall