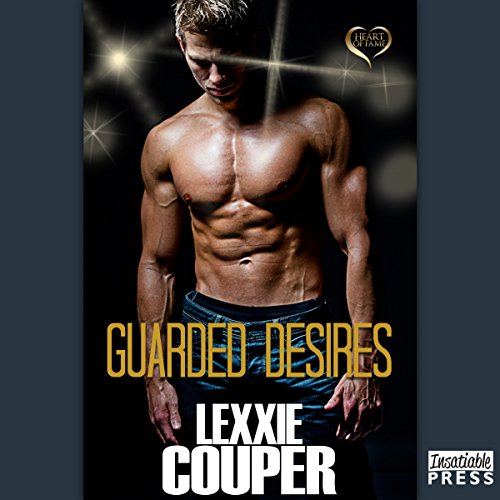 By: Lexxie Couper
Narrated by: Guy Masters
Try for $0.00

Small-screen sex symbol Chris Huntley is on the fast track to becoming the next big action-blockbuster movie star. When his latest movie takes him to Australia for a red-carpet premiere, he thinks he's ready for anything. But nothing could have prepared him for his raw, carnal response to his Aussie bodyguard. Sexual attraction to a man is a first for Chris. Now he realizes why his relationships with women have never felt quite...complete.

Liev Reynolds is comfortable with his bisexuality, but his attraction to Chris is an inconvenience he must ignore. For starters there's his professional ethics. Then there's the long trail of female broken hearts in Chris' wake. Hard as they both try to keep their minds on their jobs, desire and a little matchmaking tip them over the edge. But Hollywood endings aren't real life. And when the truth leaks out, their careers aren't the only collateral damage.

Warning: A hunky Hollywood sex symbol. A smoldering, stubborn Australian. A desire so powerful it cannot be denied. A kiss. And a photograph. This isn't your normal boy-meets-boy story.

What listeners say about Guarded Desires

Why haven’t I read these before

Absolutely love Lexxie, she is a wonderful writer. There has not been any disappointment in any of her books. Just when I think I can predict the storyline she throws a kink in that is awesome. This story has ups, downs and all arounds - I laughed so hard and cheered in others. Don’t want to give any spoilers do give it a go for yourself.