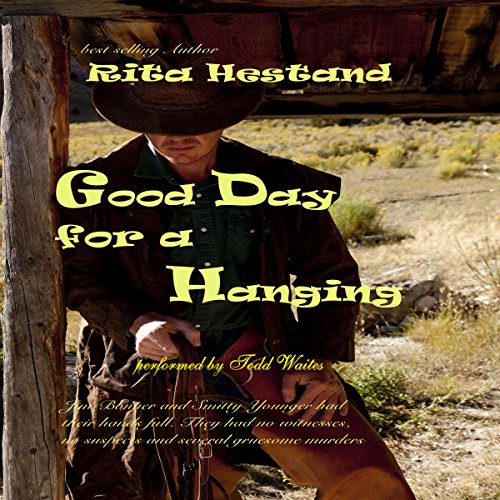 Good Day for a Hanging

By: Rita Hestand
Narrated by: Todd Waites
Try for $0.00

There'd been several killings in Melville. Unusual killings, no witnesses, no clues, and no suspects. Sheriff Jim Bonner was having a time trying to narrow his search down. He had no idea where to look, or what he might be looking for. The murder was so gruesome, so unexpected, neither him nor his deputy, Smitty Younger, knew where to start looking. Whoever was doing this to his peaceful town was clever and covered his tracks. So Jim set about setting a trap for the villain, because he had an eerie feeling this wouldn't be the last killing.

What listeners say about Good Day for a Hanging