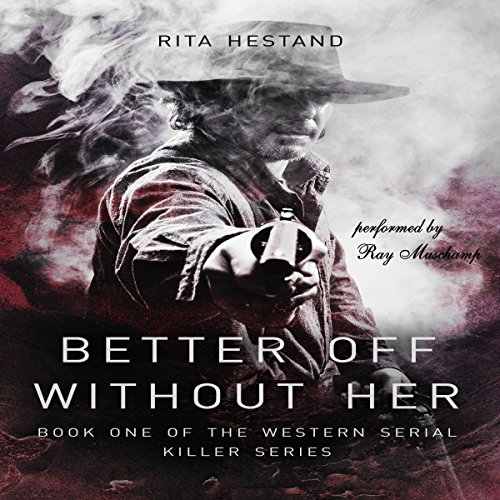 Better off without Her

By: Rita Hestand
Narrated by: Ryan Muschamp
Try for $0.00

Victor Frank is no ordinary killer. For one, he kills women with his bare hands. When he kills John T.'s mother and tells him he's "better off without her," John T. swears he'll track him down someday and kill him.

Wesley Collins is a Texas Ranger, who's already had a run-in with Victor in his earlier days. He's bound to find him once the Rangers retire him before he does any more damage. Rascal Mills' wife was killed by Victor. He's got three kids left without a mother. Pepper Hardy's father was a Sheriff, and when Victor came to town, he was duty bound to arrest him. But he was killed while trying to arrest him. All four are on a mission, one mission, to track him down and see him dead, like the dog he was. Four rode after him, how many would return?

What listeners say about Better off without Her