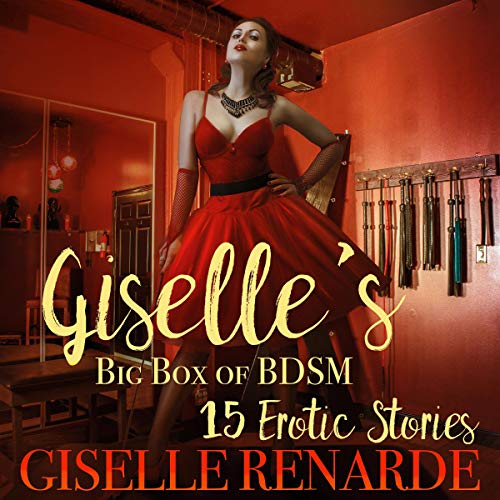 What’s in the big box?

"Tree Hugger": When the new hotshot lawyer at Navina’s firm invites her out for a hike, he comes equipped with...bungee cords? Only a cute guy like Riley could get away with tying her, naked, to the nearest tree. She’s never been much of a tree hugger, but Riley’s rough hands might change her mind.

"An Appreciation for Beautiful Things": Dell's mother-in-law is convinced he's gay, but that doesn't bother him. He's got nothing to prove. Tying up his wife, spanking her, making her scream for mercy - he doesn't do these things to prove that he's straight. He just loves taking charge.

"The Invisible Husband": In Greta's opinion, a good husband is like a well-trained dog: You shouldn't see or hear him, except on command. That's not to say she doesn't take good care of her pet. He even gets to sleep in the big bed when he deserves it....

"Forgotten Bodies": After three kids and many years of marriage, Susan’s lost her libido. She’s afraid if she doesn't satisfy her handsome husband’s desires, he’ll find someone else who will. When Anthony surprises her with a spanking, will Susan find a new route to arousal?

"The Sweetest Burn": Lucinda can’t stand to feel viscous fluids dripping down her skin. Too bad! For Chef, a recipe is never complete until it's mixed with the salt, sweat, and oils of her skin. Today's sweet sauce is mole poblano, a Mexican chocolate chili that will set her ablaze.