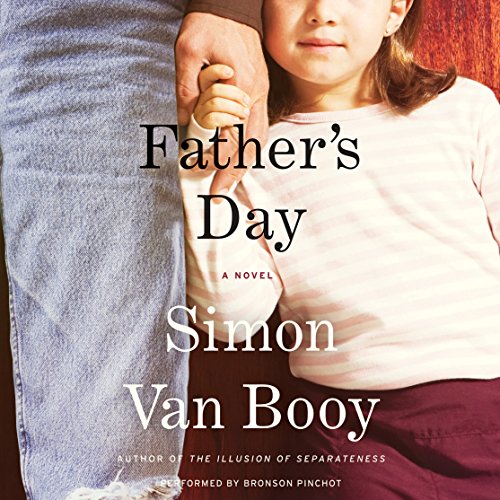 By: Simon Van Booy
Narrated by: Bronson Pinchot
Free with a 30-day trial

The moving story of an orphaned girl named Harvey and the troubled uncle who raises her - an unforgettable tale of loss and redemption from the author of The Illusion of Separateness.

At the age of six, a little girl named Harvey learns that her parents have died in a car accident. As she struggles to understand, a kindly social worker named Wanda introduces her to her only living relative: her uncle Jason, a disabled felon with a violent past and a criminal record. Despite his limitations - and his resistance - Wanda follows a hunch and cajoles Jason into becoming her legal guardian, convinced that each may be the other's last chance.

Moving between past and present, Father's Day weaves together the story of Harvey's childhood and her life as a young woman in Paris, as she awaits her uncle's arrival for a Father's Day visit. To mark the occasion, Harvey has planned a series of gifts for Jason - all leading to a revelation she believes will only deepen their bond.

With extraordinary empathy and emotional impact, the award-winning writer Simon Van Booy has crafted a simple yet luminous novel of loss and transcendence, second chances and forgiveness: a breakthrough work from one of our most gifted chroniclers of the human heart.

What listeners say about Father's Day

A magnificent reader of a love story

I didn't want the book to end even though I knew the ending. I wanted to stay in the story, near the characters. A wonderful story for all about the transformative power of falling in love with a child as a parent!