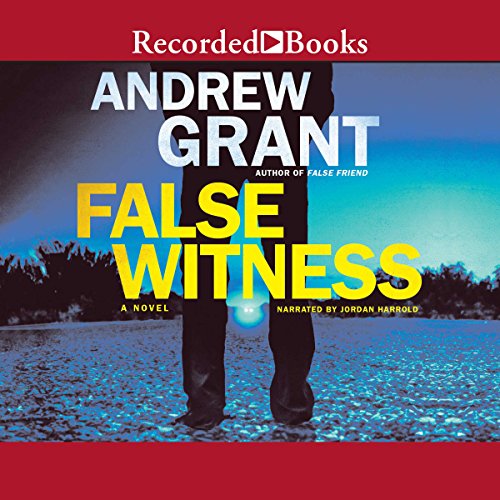 By: Andrew Grant
Narrated by: Jordan Harold
Try for $0.00

A new thriller starring Alabamian police Detective Cooper Devereaux, who confronts a murderer dubbed the Birthday Killer. A woman disappears on the way to her 20th birthday party. Three days later her body is found neatly laid out in the grounds of a Birmingham cemetery. The following week, a second woman disappears on her 21st birthday. Her body is discovered in a crematorium parking lot, and grisly forensic evidence leads Detective Devereaux to make a high-profile arrest. Two days later, with the suspect still in custody, another woman disappears. It's her 22nd birthday. Can Devereaux correct his mistake and find the next victim before it's too late? And if not, how many more lives will be lost before the man the tabloids are calling the Birthday Killer can be brought to justice?

What listeners say about False Witness