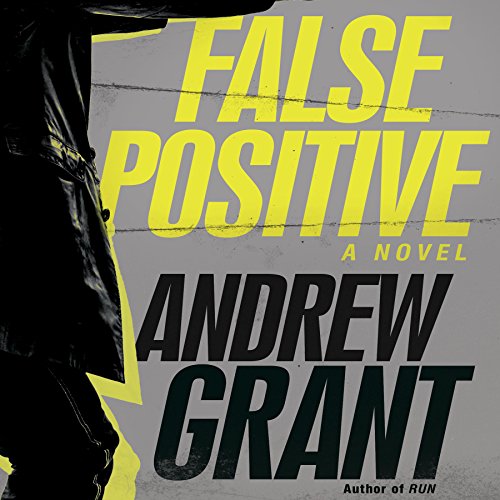 By: Andrew Grant
Narrated by: Jon Lindstrom
Try for $0.00

For fans of Craig Johnson and James Lee Burke - False Positive follows up the powerful punch of Andrew Grant's novel RUN with a staggering second dose of thrills and suspense that is just as smart, atmospheric, and soul searing.

Alabama detective Cooper Devereaux makes no apologies for his luxe lifestyle or the way he does his job. Most cops haven't lived the kind of life he has - starting out as an orphan, raised by a grizzled cop savior - and most don't use his kind of high-risk tactics. But he may have met his match in fellow detective Jan Loflin, who's fresh off a long undercover stint in Vice when they're partnered on a case that will test them both beyond their direst nightmares.

A seven-year-old boy has disappeared from his home in the Birmingham suburbs. But the more Devereaux digs into the missing child's background, the more he discovers about his own, eventually shaking loose a series of harrowing truths - about bloodlines, mass murder, obsession, and what two damaged detectives have in common with the innocent victim they're so desperate to save. This twisty pause resister - the debut of the Detective Cooper Devereaux series - hurtles at a mile a minute through an action-packed search for a missing child, culminating in an ending that no listener will see coming.

What listeners say about False Positive

I really enjoyed this book right up to the last sentence. Not sure what the author's intent was. Irony? Foreshadowing? Cliche ?

Characters are too shallow

Just when you thought you'd get something more than a surface treatment, Grant goes off on another talent. This resulted in my not caring a whole lot about any of the characters. The story has wonderfully different ideas, but none of them come across as very believable since we don't know who these people are. I wish more time had been taken in building the primaries. That one piece alone would have added a star.

this story is way outside the realm of believability. the author tried too hard to add twists to the plot and the result is like a bad parody of Patricia Cornwell. the narrator's bland and uninterested delivery didn't help either.

the plot summary led me to believe that this would be a hard boiled southern detective story, but the reality was sorely disappointing. I guess they can't all be James Lee Burke.

it was just okay

this was okay -- it was confusing -- went back and forth to the the Detective's past. the switch was abrupt-- back and forth. If you can suspend belief about the killer and the detective. the ending was well.. I guess he is setting up for more in the series

The beginning of the book was a little slow but it built from there. I really liked the main character and would love to see more of him in future books from this author.
Another title for my review could have been: Madness skips a generation.

from humble beginnings to false promise

The early pages, while overwrought, propose a lost-child tale which, though trite, might nonetheless be gratifying. Alas, the apparently self-deprecating humor of the protagonist turns out to be instead simply an absurdly drawn puppet guided by a palsied hand across a stage where no normal human constraints like physics or economics are called upon to play a part. What emerges is fishbait I'm sad to have been lured into nibbling.

i really liked 'Run' and therefore bought 'False Positive' without a single doubt, especially since it was narrated by Jon Lindstrom. 'False Positive' however, has a bit of an unbalanced feel to it for me: too many plot developments are left open or unexplained which made it hard for me to appreciate the story.