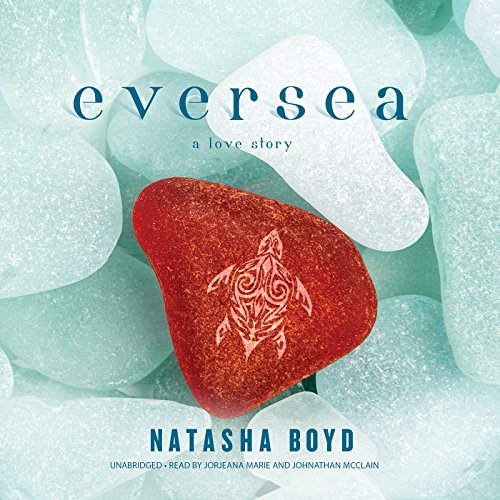 By: Natasha Boyd
Narrated by: Jorjeana Marie,Johnathan McClain
Try for $0.00

A Hollywood A-list megastar on the run from his latest scandal, with everything to lose.

A chance encounter that leads to an unlikely arrangement and epic love affair that will change them both forever.

When his costar and real-life girlfriend is caught cheating on him with her director, A-list hottie Jack Eversea heads to sleepy Butler Cove, South Carolina. He hopes the sultry Southern heat in this tiny coastal Lowcountry town will hide him from not only the tabloids and his cheating girlfriend but also his increasingly vapid life and the people who run it. He doesn't count on meeting Keri Ann Butler.

Keri Ann has relied on herself so long, dealing with her family's death and keeping up her family's historic mansion, that beaus don't figure into her equation - especially with the meager offering of eligible bachelors in Butler Cove. But fate has other plans.

Keri Ann, suddenly face-to-face with the man who played the movie role of her favorite fictional character, finds herself yearning for everything she has previously avoided. And Jack must decide whether this funny, sassy girl is worth changing his life for before his mistakes catch up to him.

What listeners say about Eversea

This is a love and loss story, placed in the deep south. The narration and dialect spoken by Jorjeana Marie was perfect. Her emotion in this story felt authentic and carried the story through any bumpy spots in the story. While it might have been predictable, the character development gave meat to the story. Johnathan McClain narrated the male character and he was very good also.

Loved every minute. Both characters are wonderful. And I could listen to Jorjeana Marie's accent and narration forever.
Audible should have released sequel instead of leaving us with this cliffhanger.

I LOVED the book version of this story, so I thought I would give the audio version a try. I just couldn’t tolerate the narrator. Sort of ruined it for me.

The Bad: Not expecting the story to feature a 22 year old virgin; being choosey is admirable but never tempted? Really?

I loved the characters and the narrator

I loved the southern accents, and the main character was so loveable! Moreover, she had some self respect, and generally was prepared to make good decisions with her life. Of course there's some of the usual tropes, but I really liked how spunky she was.

Only half the story.

I really hate this new publishing trend of splitting books in half.

The story is good and I enjoyed the narrator, but if it weren't for the fact that it's included in the Plus Catalog I would be annoyed to have to pay twice for one story.

It’s slow and the characters will get on your nerves. A good book to listen to if it’s raining outside or goin on a looonnngggg road trip

While this book had some issues, it also depicted several feminist ideas that I enjoyed seeing in writing.
What upset me most is that the heroine slapped the hero. That is not ok. I wish she would have been called out for that.

This story is slightly immature and toxic. Definitely didn't like the fact that Jack attacked someone for kissing Kerri Ann after everything that transpired. Her reaction to it was disappointing and if it were real life I'd be telling my friend to drop him like a bad habit. I realize it's just a book and a way to have a nice escape from reality, however, I guess I'm just too far away from 22 now and think the whole "I'm gonna beat someone up for kissing my girl" thing to be stupid and immature. Other than that the story was a nice distraction but I've listened to better stories where the main female lead isn't so damn lame.

Big twist and half the story

Bait and switch. About eight hours in, the male lead suddenly does several unforgivable things (ghosting, violent outbursts, drunken behavior, manipulation) and then the book ends and you have to listen to the sequel if you want the rest of the story.

And I can’t get through the sequel. It seems to be about justifying why the guy treats the woman so terribly. I also squirm with male narrators doing female voices and there’s a lot of that in the sequel.

Sadly I had to stop listening

I really wanted to like this book but I found it so boring, there wasn’t much story up to chapter 14 which is where I had to give up! I’m not sure if it did improve but I couldn’t waste anymore time on it. I was disappointed.