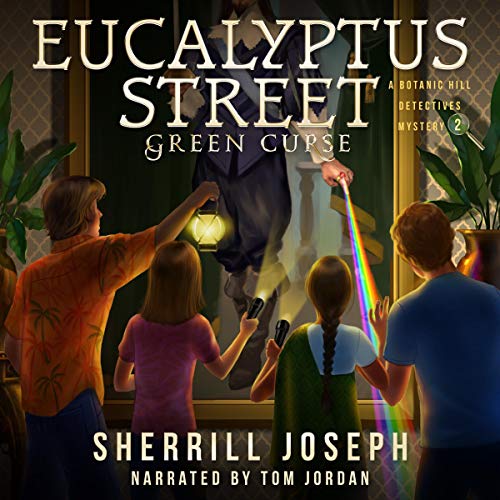 On her 21st birthday, Isabela receives a secret letter with a cryptic poem. These documents from the long-deceased Lorenzo invite her to hunt for the gemstone. But first, she must decipher the poem’s six stanzas for clues.

To assist, Isabela hires her 13-year-old neighbors, the four Botanic Hill Detectives - twins Lanny and Lexi Wyatt and their best friends Moki Kalani and Rani Kumar. Eerie footsteps inside the mansion, unexplained occurrences in the adjacent cemetery, and the mysterious tenant in the backyard casita challenge them. But they ingeniously make progress on the poem’s meaning with startling discoveries.

Sliding wall panels, a secret room, and hidden passages reveal much. The detectives aren’t the only ones looking for the emerald. The perilous race for the de Cordoba treasure is on!