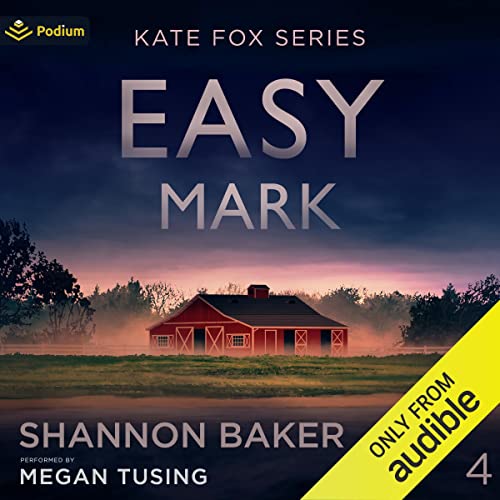 By: Shannon Baker
Narrated by: Megan Tusing
Pre-order: Try for $0.00

With her ex-husband, Ted, working nearby in an adjoining county, Kate Fox is eager to prove she’s the better sheriff.

But when the less-than-popular ex-foreman of a local ranch is found dead, Kate gets the opportunity she’s been looking for. As it turns out, the case hits a little too close to home. The dead man’s body is discovered in a truck that belongs to Kate’s brother Jeremy - and he's missing. Evidence left at the crime scene leads Ted to suspect the ranch’s new foreman, but Kate isn’t convinced he’s responsible for the crime.

Kate dives into her own investigation. But the mystery only deepens when strange events start taking place and it seems like everyone close to the ex-foreman has secrets to hide and reasons to kill - including Jeremy.

As Kate races to eliminate suspects, a shocking realization leads her to the truth. You won't want to miss the secrets that she uncovers.

What listeners say about Easy Mark