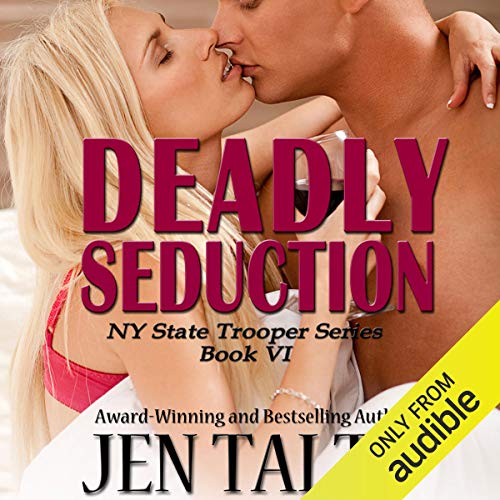 New York State Trooper Josh Burdette hasn’t had the best of luck with the ladies. The last woman he was sleeping with tried to kill him. So when sexy Delaney Mervis shows up, batting her baby blues, he’s cautious...but not cautious enough.

Josh is suspicious Delaney could have been sent by an arms dealer who vowed to make Josh pay for the death of his wife and two children in an undercover operation that went bad. While having a buddy do some digging on Delaney, Josh succumbs to his desire and sleeps with her only to find her sole motivation was to destroy his career.... Her reasoning was to save her brother, who is being held hostage by a man with grey eyes who is threatening to kill her brother if she doesn't do what she's told...or so she thinks.

Josh and Delaney are forced to run when the arms dealer's men come to kill them both. While in hiding, their passion grows deep, and they find themselves unable to fight their feelings for one another. But the arms dealer will stop at nothing to destroy Josh, leaving Delaney to choose between the man she loves and a brother she never really knew.

What listeners say about Deadly Seduction