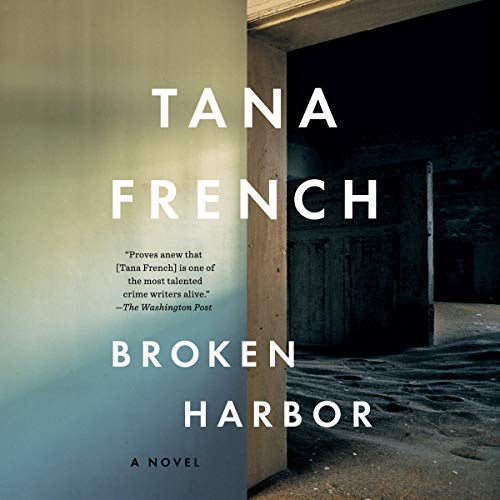 From Tana French, author of The Witch Elm, a New York Times best-selling novel that “proves anew that [Tana French] is one of the most talented crime writers alive” (The Washington Post).

“Required reading for anyone who appreciates tough, unflinching intelligence and ingenious plotting.” (The New York Times)

Mick “Scorcherˮ Kennedy is the star of the Dublin Murder Squad. He plays by the books and plays hard, and thatʼs how the biggest case of the year ends up in his hands.

On one of the half-abandoned "luxury" developments that litter Ireland, Patrick Spain and his two young children have been murdered. His wife, Jenny, is in intensive care. At first, Scorcher thinks itʼs going to be an easy solve, but too many small things can't be explained: the half dozen baby monitors pointed at holes smashed in the Spains' walls, the files erased from the familyʼs computer, the story Jenny told her sister about a shadowy intruder slipping past the house's locks. And this neighborhood - once called Broken Harbor - holds memories for Scorcher and his troubled sister, Dina: childhood memories that Scorcher thought he had tightly under control.

“French ...[is] drawn not just to the who but also to the why - those bigger mysteries about the human weaknesses that drive somebody to such inhuman brutality. What really gives Broken Harbor its nerve-rattling force is her exploration of events leading up to the murders, rendered just as vividly as the detectives’ scramble to solve them.” [Entertainment Weekly (A- rating)]

“Broken Harbour is a novel, of course, but it's also a headline...it's good to see contemporary literature engaging a crisis that has had such an impact on the lives of so many. This is, in fact, what good literature does. It makes us look at our world and perhaps forces us to see what we have chosen to ignore.” (Los Angeles Times)

“Ms. French creates haunting, damaged characters who have been hit hard by some cataclysm...This may sound like a routine police procedural. But like Gillian Flynn’s Gone Girl, this summer’s other dagger-sharp display of mind games, Broken Harbor is something more... she has irresistibly sly ways of toying with readers’ expectations.” (Janet Maslin, The New York Times)

Do they give Oscars for narration?

Stick with if, even if you hate Scorcher at first... you WILL warm up to the smug bloke.

I’ve been binge listening and reading the Dublin Murder series... although, this is the only book I’ve listened to in entirety (not interchanging with library checkout). The narration is THAT GOOD!

This is one of the only male narrators that I’ve listened to who can do female voices without being awkward.

Tana French Does it again...

I particularly enjoy how Tana French hints to her next character focus in the book in previously in the series. Here ”Scorcher”, a determined, emotionally locked up murder detective is the main character. I really enjoyed his hardness and the way French works in his soft cracks with his mentally ill sister and desire to have a connection with a partner. He is an interesting, well developed character.
The story was intriguing. There were just enough characters to make it so. It was not a real hard core ”who dun it”, but more of a ’why’.
This is not an audiobook that you can listen to lighthearted in my opinion. It's on you have to pay attention to because each word is relevant.
I loved Stephen Hogans narration. He is always a bonus for me. He narrates all inflections and both men and women beautifully. He makes it easy to get into each character.
Overall great story. Steady pace. Excellent chapter development. I'd love to learn more about Scorcher and his sister, their lives. And the narration was a joy.

I after investing in the entire story which was really good, the ending was really a let down!!!! No complete resolution! Very disappointing

One of the best mystery writers

When I stumbled on her first novel I was hooked. This one is no exception. Her writing style and story are superb. The narrator, especially towards the end, pulled me in. I absolutely loved this book.

Brilliant, as always. Tana French never lets you down. The mystery unfolds like the creep of schizophrenia, moving slowly towards the final, frantic climax, and ending with a sigh. Lovely.

This slipped into the horror genre with too much detail and psychosis. Great performance but not up to the earlier work I devoured with enthusiasm. This was a bit of a slog.

Not the Best of the series

This episode focuses on Scorcher Kennedy- already not the most likable of characters from the outset. The plot twists are more expected, which would be fine if there was more of a character arch but Scorcher just doesn’t move as easily as some of French’s other characters. The narrator does well
with the men- he seems to have a good handle on Scorcher himself, however, he does a really poor job with the women. All of them come off nails-on-chalkboard-shrill and adolescently snippy. It’s a shame - especially for Dina who, as written, has some complexity but comes off as a spoiled child as read.

Better than good, but not as good as the others

Beautiful writing, unexpected twist to the mystery, but this has been my least favorite of the first 4 Dublin Murder Squad Books. I didn’t find Detective Kennedy to be very likeable, though he does go through some personal growth and becomes a little more relatable by the end. I will also say that it’s probably also the most realistic of the stories - so If the inplausibility of some of the other stories bothered you, you may like this better. It may be that the biggest issue for me here was the reader. He has a great voice, but the recording seemed to have a lot of jarring volume changes - some obviously purposely as det Kennedy speaks in asides a lot, but much of it sounded like moving around behind the microphone. I also found it difficult to follow conversations between characters because it seemed like the voice changes sometimes got lost along the way and one voice would continue into the first line by another character then suddenly switch to the correct voice midsentance.

I deeply enjoyed Stephen Hogan's narration. He has the type of voice I find relaxing, while also being able to vary the character's voices to a great degree. Many times I thought, as he went through the conversations between the officers, that I was hearing a dramatization. Someone complained his women's voices all sounded whiny - I would say there was less distinction between them, but they didn't bother me in that regard.
The story starts out so strong that the last third dragged for me and then just stops. Many people commented on this same thing . However, I love the lead character in this book, Scorcher Kennedy, and his partner, Curran. I hope to hear more about Scorcher - I found him a convincing mix of pompous & pathos. The tie between the case at hand and Scorcher's back story made for interesting contrasts and lines of thought.
Finally - I am following an alternate order for reading the series suggested in Book Riot. This book is first (the rationale being it's so suspenseful, it sucks you in - I agree), next they say to read Faithful Place. So far, so good.