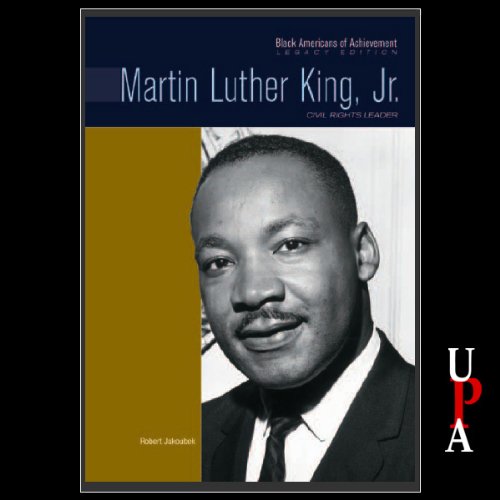 By: Robert Jakoubek
Narrated by: Ian Eugene Ryan
Try for $0.00

As one of the most important and influential leaders of America's civil rights movement, Martin Luther King, Jr., became the catalyst for change in a nation marked by segregation and discrimination. Unlike the civil rights activists who argued for a violent response to segregation and prejudice, King believed that peaceful resistance could bring about great change. He dreamed of an America where all people could enjoy the same rights and opportunities, and then he worked tirelessly to make his dream a reality. He was awarded the Nobel Peace Prize in 1964.

Nearly half a century after his assassination, Martin Luther King, Jr., continues to have a powerful impact on the American dialogue about civil rights. Martin Luther King, Jr. offers a solid introduction to his life. The book is published by Chelsea House Publishers, a leading publisher of educational material.