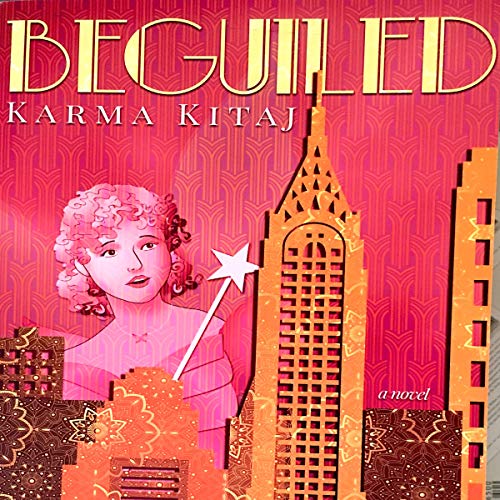 By: Karma Kitaj
Narrated by: Paige Allison
Free with a 30-day trial

Beguiled is a coming-of-age story of a first-generation immigrant girl who had dreams that were interrupted by cultural mores, by discrimination, and by her own shortcomings.

Miriam Levine, daughter of Russian-Jewish parents, born in 1900, grew up in the storied old West End neighborhood of Boston, a multiethnic, densely populated community of diverse people who remarkably mingled and helped one another. Miriam's culture maven Pop, a member of the socialist-unionist Workmen's Circle, took her to the theater from the time she was a little girl. She dreamed of going on stage to escape the confines of her tenement neighborhood and her grieving, critical mother, until an almost fatal misstep forced her to postpone her "real life". A serendipitous offer compelled her to confront her inner demons and society's expectations. In New York City and the arts mecca of Provincetown, MA, she is mentored by famous literati of the Roaring '20s.

The historical context of the decades before the Great Depression, the place of immigrants, racism, and women's suffrage, parallels tough political dilemmas the US faces today.

Will Miriam have the gumption to follow her dreams? Will those dreams yield her the happiness she seeks? Or will she find that her childhood fantasies "beguile" her to seek "fool's gold"?

Authored in a fast-paced style, described as a pause-resister, the narrator makes the characters, fictional and real, come alive.

What listeners say about Beguiled

I wasn't sure what to expect from this book! I listened to this narration by Paige Allison and loved it! it is story about acheiving your dreams in the face of challenges and discrimination. It was inspiring and relevant to achieving success in America today. The narrator has a wonderful voice that really brings the text to life. I strongly recommend this as an audibook - you won't be disappointed!