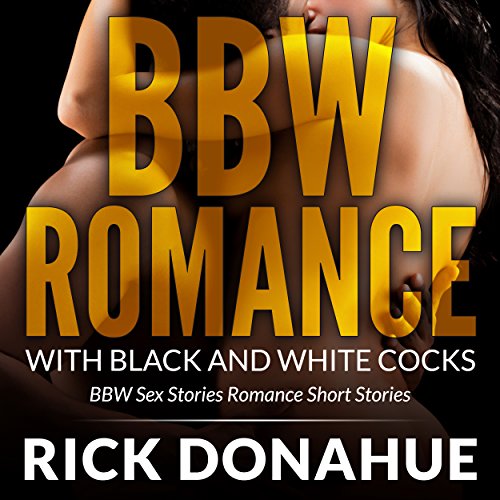 By: Rick Donahue
Narrated by: John Masters
Try for $0.00

Story One: When I discovered BBWs I was a goner; never going back to fucking skinny chicks ever again. How could I when big beautiful women's pussies were a lot fatter and juicier and when you laid down on that big body, it felt like a warm water but, but ten times warm and sexier. When my woman finally decided to give me something I have always been begging her to give me, I felt as if I had died and gone to heaven; as soon I will be fucking not one, but two BBWs and neither I nor my cock could wait.

Story Two: When I met my present woman, it was all on a dare from my best friend because I had lost a drinking game that we were having in a bar one night. Before that you could never even get me to look at a fat chick, much less to stick it to her. However, when she finally gave in and give me a dance that night at the club; the joke was on me as I was hooked on her incredibly soft, sexy body and I have been with her from that night on; fucking her fat, fleshy pussy as often as I possibly can.

RICK DOES IT AGAIN!

What does John Masters bring to the story that you wouldn’t experience if you just read the book?

Masters gives a smooth, read. Easy to listen to.

I look forward to more by Rick Donahue.