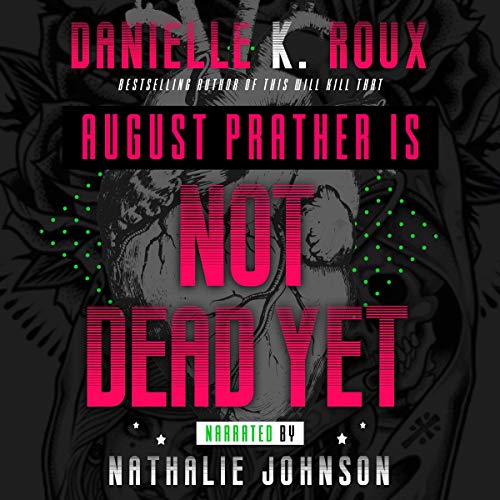 August Prather Is Not Dead Yet

By: Danielle K. Roux
Narrated by: Nathalie Johnson
Try for $0.00

Katherine Garnet is a writer who has never cared much about much, making it awfully difficult to create new content. Despite the fact she has the “edge” of being trans (according to her cis male editor) she is not looking to capitalize on her own personal story. Garnet tries to sneak a peek at her rival, August Prather’s, latest fantasy manuscript about a quest for the elixir of life. While reading, Garnet gets accidently dragged into a bizarre cross-country road trip that may or may not have a purpose and begins to see parallels in the story of the manuscript and the reality of their journey. Along the way, they encounter a parade of equally troubled individuals, including ghost-hunting priests, a robot magician, a discarded piece of furniture, a runaway teenager, and a Japanese rock star. As Garnet confronts her past, she begins to understand why someone might want to live forever.

What listeners say about August Prather Is Not Dead Yet