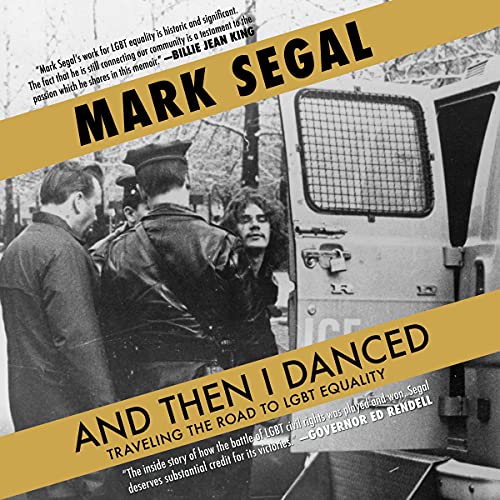 And Then I Danced

“A jovial yet passionately delivered self-portrait inspiring awareness about LGBT history from one of the movement's true pioneers.” (Kirkus Reviews)

On December 11, 1973, Mark Segal disrupted a live broadcast of the CBS Evening News when he sat on the desk directly between the camera and news anchor Walter Cronkite, yelling, "Gays protest CBS prejudice!" He was wrestled to the studio floor by the stagehands on live national television, thus ending LGBT invisibility. But this one victory left many more battles to fight, and creativity was required to find a way to challenge stereotypes surrounding the LGBT community. Mark Segal's job, as he saw it, was to show the nation who gay people are: our sons, daughters, fathers, and mothers.

Because of activists like Mark Segal, whose life work is dramatically detailed in this poignant and important memoir, today there are openly LGBT people working in the White House and throughout corporate America. An entire community of gay world citizens is now finding the voice that they need to become visible.

What listeners say about And Then I Danced