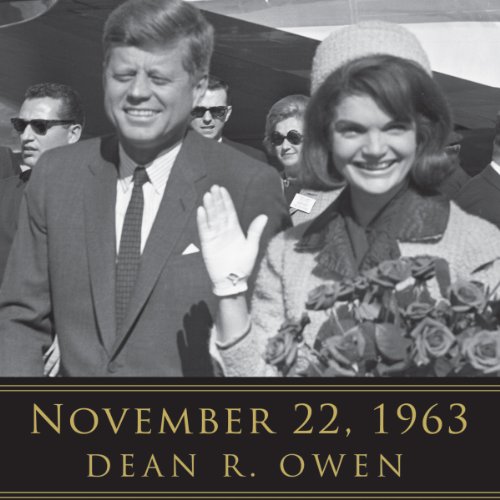 As the fiftieth anniversary of President Kennedy's assassination draws near, the events of that fateful day will undoubtedly be on the minds of many throughout the world. Here Dean Owen curates a fascinating collection of interviews and thought-provoking commentaries from notable men and women connected to that notorious Friday afternoon. Those who worked closely with the president, civil rights leaders, celebrities, prominent journalists, and political allies are among the nearly one hundred voices asked to share their reflections on the significance of that day and the legacy left behind by John F. Kennedy.

"Dean Owen's book of reflections on President Kennedy's assassination will undoubtedly be an important contribution to the literature on the assassination." (Vincent Bugliosi, author of Helter Skelter and Four Days in November)

Intimate Recollections of an Indelible Day

A smattering of remembrances of Friday November 22, 1963 told in a somewhat haphazard manner. Nothing new or earth shattering.

If you expect a lot of reflection on the assassination of John Kennedy in this book, you'll be disappointed.
It might have been better titled: Reflections on the Life of John H. Kennedy (and Some Additional Material on the Assassination).

November 22, 1963 is a definitely misleading title for this book.

Interesting piece of oral history. I would have liked to hear the actual voices of the contributors. There are some spots where the narrator repeats the same paragraph. It ll have to be edited in the future.
I m thinking an oral history of the Iran/Iraq war , the fall of the Shah, the invasion of Kuwait,, etc etc would be apropos at this juncture. Make it available on Amazon Plus. Cheerio....steven

Interesting to hear the thoughts of many people who knew Kennedy. It was a tragedy for the country to loose him.

where was I that day?

Would you try another book from Dean R. Owen and Helen Thomas (foreword) and/or the narrators?

mostly you will not care where these people were or what they thought especially if, like me, you actually remember it

Has November 22, 1963 turned you off from other books in this genre?

If you could play editor, what scene or scenes would you have cut from November 22, 1963?

most of it, pamphlet

no, thats pretty hard on a book already