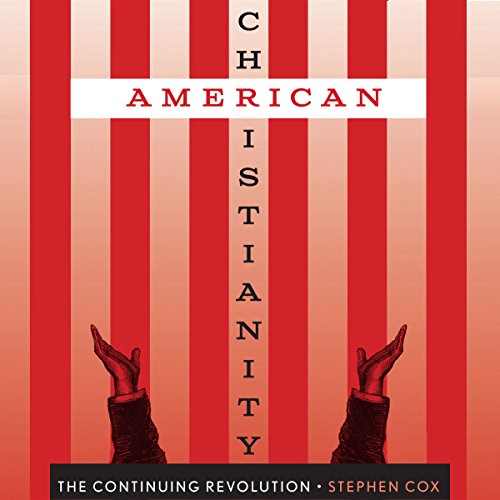 By: Stephen Cox
Narrated by: Gary L. Willprecht
Try for $0.00

Christianity takes an astonishing variety of forms in America, from churches that cherish traditional modes of worship to evangelical churches and fellowships, Pentecostal churches, social-action churches, megachurches, and apocalyptic churches - congregations ministering to believers of diverse ethnicities, social classes, and sexual orientations. Nor is this diversity a recent phenomenon, despite many Americans' nostalgia for an undeviating “faith of our fathers” in the days of yore. Rather, as Stephen Cox argues in this thought-provoking audiobook, American Christianity is a revolution that is always happening, and always needs to happen. The old-time religion always has to be made new, and that is what Americans have been doing throughout their history.

American Christianity is an engaging book, wide ranging and well informed, in touch with the living reality of America's diverse traditions and with the surprising ways in which they have developed. Radical and unpredictable change, Cox argues, is one of the few dependable features of Christianity in America. He explores how both the Catholic Church and the mainline Protestant churches have evolved in ways that would make them seem alien to their adherents in past centuries. He traces the rise of uniquely American movements, from the Mormons to the Seventh-day Adventists and Jehovah's Witnesses, and brings to life the vivid personalities - Aimee Semple McPherson, Billy Sunday, and many others - who have taken the gospel to the masses. He sheds new light on such issues as American Christians' intense but constantly changing political involvements, their controversial revisions in the style and substance of worship, and their chronic expectation that God is about to intervene conclusively in human life.

What listeners say about American Christianity