“There is no gate, no lock, no bolt that you can set upon the freedom of my mind,” Virginia Woolf wrote in A Room of One’s Own in 1929. Those words remain a rallying cry for women today, and Woolf’s game-changing writing is why she’s one of our Women’s History Month’s “Voices of Action”—our theme for amplifying women who challenge, champion and create change.

These are some of the highlights from the exciting new original stories we’re sharing around the globe and the meaningful discussions we’re having with our creatives and employees to celebrate this month.

In honor of International Women’s Day, our teams in the UK, Japan, Italy and Spain released exciting new stories by and about powerful women. Like Helena Maleno whose life was changed when she went to Morocco nearly two decades ago to fight for the rights of migrants trying to reach Europe. Her story as a human rights defender, Mujer de Frontera, is performed by actress Alba Flores and told exclusively on Audible Spain. It was offered free on March 8 in honor of International Women’s Day.

Audible Italy’s new podcast, L’ombra Delle Donne, shines a light on 12 women who have faced adversity. Each of the podcast’s episodes focuses on one of the women’s stories, and explores issues like domestic violence, rape, in vitro fertilization, plastic surgery, illness and more, as told to Grazia De Sensei who participated in the Audible Academy, which trains new audio storytelling talent in Italy.

Japanese authors Mieko Kawakami’s and Shion Miura’s new audio-first releases were announced as well—and these titles will be among the first original content from Audible Japan to be translated and shared globally.

Listeners can also enjoy Virginia Woolf’s most famous work in a new collection produced by Audible UK that showcases the iconic feminist who changed everyone’s thoughts about what writing could be. With an all-star cast, it includes: Mrs. Dalloway performed by Kristin Scott Thomas; To The Lighthouse narrated by Jessie Buckley; A Room Of One’s Own performed by Tilda Swinton; and a multi-cast production of The Waves with Vanessa Kirby, Adetomiwa Edun, Andrea Riseborough, Tracy Ifeachor, Samuel Barnett, Johnny Flynn and Juliet Stevenson.

Audible UK also released a new Audible Original, Women Unlocked, which brings some of the country's biggest female comedy stars together, including Estelle, Lolly Adefope and Sheila Hancock, as they invite listeners into their homes for uplifting chats that reveal the survival tips they’ve learned throughout lockdown, and what they’re looking forward to in 2021. 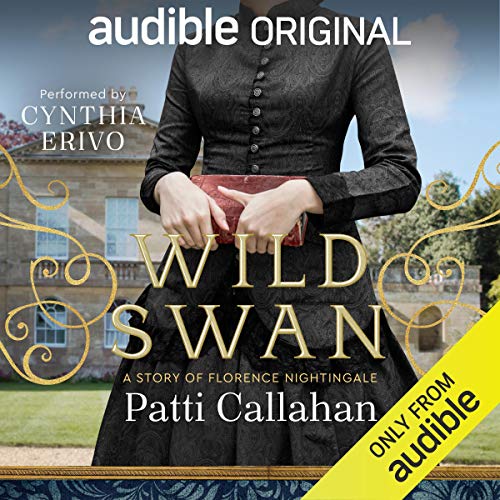 To continue the storytelling, we’re also offering Wild Swan, an Audible Original about the life of Florence Nightingale, narrated by Tony award-winning actress Cynthia Erivo, as this month’s Alexa listening event. US listeners only need to ask, “Alexa, what’s free from Audible?” to have it streaming on their Alexa devices.

Our employee-led impact groups—Women@Audible, Moms@Audible and Women in Technology—banded together worldwide to host a series of panels and events for employees and listeners that connect, inspire, challenge inequality, and create change at Audible and within our communities.

Our editors have also put together curated lists around “Voices of Action” that listeners can dive into and enjoy this month, and all year round.

Throughout his ten-year career with Audible, Sanchez Brown has gone from being a customer support agent to leading a Global Support team. He credits his success to Audible’s culture of caring — both for our customers and for each other.