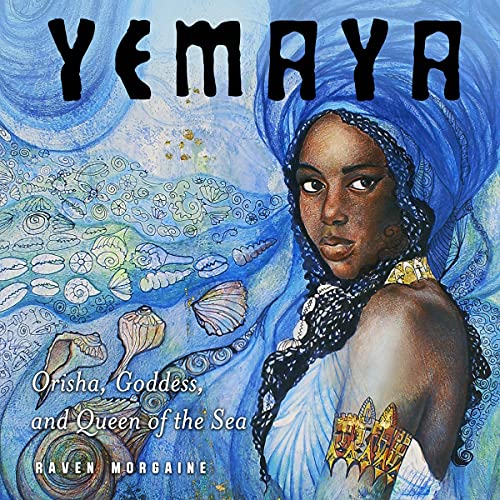 By: Raven Morgaine
Narrated by: Leon Nixon
Try for $0.00

Yemaya, queen of the sea, first emerged in Yorubaland (now in modern Nigeria). A primordial deity, considered the mother of all, she is perceived by some to be at the root of numerous ancient goddesses, including Isis. During the Middle Passage, Yemaya accompanied her enslaved devotees to the Western Hemisphere, where her eventual association with the Virgin Mary helped her veneration take root and flourish.

No longer a local water spirit, she is among the most beloved and prominent spirits of Candomblé, Santeria, and other African diaspora traditions. Raven Morgaine, a priest of Yemaya for over three decades, shares his expertise and knowledge in this guidebook, the first full-length English-language book to focus on her. Exploring her history and many forms, including her roles as mother, lover, witch, warrior, and mermaid, he describes Yemaya’s many paths, aspects, and incarnations, as well as her special role in the LGBTQ community.

In addition to exploring her mythology, this accessible book is also a hands-on guide to working with Yemaya and includes the following:

What listeners say about Yemaya