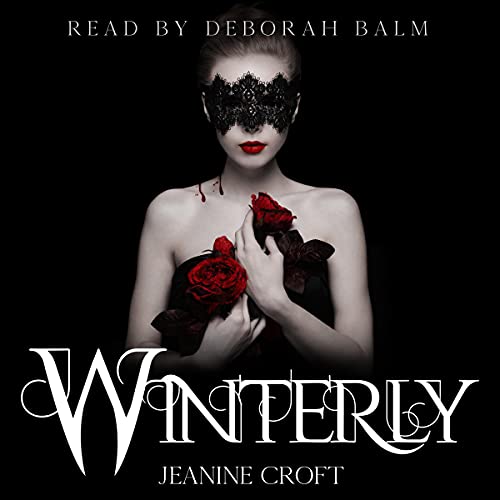 By: Jeanine Croft
Narrated by: Deborah Balm
Try for $0.00

Penny Dreadful meets Northanger Abbey with a dark peppering of Twilight in this sultry odyssey of gaslit underworlds seething with masquerades, mystery, and romance.

Something dark is prowling the gaslit streets of London - a monster with a taste for the blood of young women. When her beloved sister is attacked by an unearthly creature, Emma Rose finds herself in a contract of exchange for her life that defies all laws of heaven. A contract with a vampire. Her world is torn apart and the reality she had known and believed in is revealed to be a facade, just like the mask of a midnight vampire ball; a mask worn by Markus Winterly, the inimitable viscount and master of Winterthurse. Whether demon, vampire, or monster, Emma discovers that these names are just facets to an ancient being who defies mortal comprehension.

Spanning centuries, lifetimes, and the rise and fall of ancient civilizations, Winterly takes her on a journey of self-discovery where Emma awakens to the truth of her identity at last, and she comes to learn that the line separating light and dark is as tenuous as her humanity. When she surrenders to the call of her blood, she finds where she belonged all along. And it was never in London, or even heaven, but in the arms of the devil himself.

What listeners say about Winterly

this was my first ever audible book I have read winterly before this , so knew what happened and I think Deborah balm narrated this book brilliantly as I'm now looking for more audible books and can't wait for more from winterly it's worth listening to as I never thought I'd like audible books but love them now