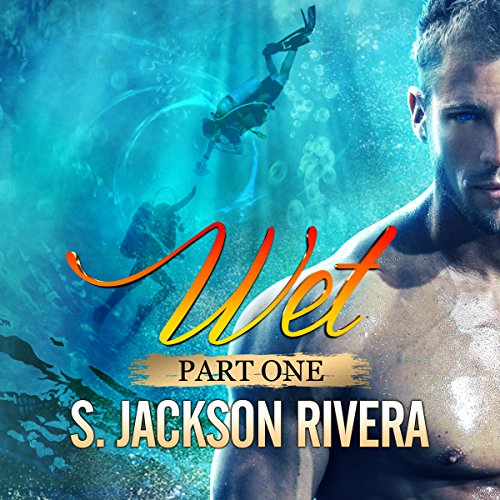 By: S. Jackson Rivera
Narrated by: Lara Asmundson
Length: 8 hrs and 36 mins
Categories: Romance, Contemporary
4 out of 5 stars 4.0 (9 ratings)
This title is included in Audible Escape

After losing both parents within a short time, Rhees really is all alone in the world - time to grow up! The fastest way to do that? Face her worst fears, the ocean topping the list.

Paul has traveled the world, running from his past - a past he's not proud of and refuses to talk about. When he reaches the small Caribbean island on the dive bum circuit, he's found home. He buys one of the local dive shops and finds solace running a top-notch scuba operation, diving by day and by night, allowing the never-ending supply of hovering women to seduce him.

Rhees isn't Paul's type, so why does she drive him so crazy, pressing his already foul temper to its limits? She's the biggest baby he's ever known, scared of her own shadow, and no one can really be that good at heart. He has too much fun goading her to drop the act and stop trying to make everyone believe she's a saint, but each time he breaks down a piece of that reserved facade of hers, he's amazed by how tough she really is.

Note: This book is not the sequel to Jungle. It is not young adult and may be best suited for listeners over 18.

I have been pulled in by this story~ It is original, interesting and a fun read. It is on the lower side of my steamy meter but that is not always a bad thing. This book is more about people, emotions, and experiences vs steamy sex scenes. This book has a massive love-hate dynamic between the main characters. It has been an interesting ride watching their dynamic progress. I look forward to reading book 2.

The narration was good however there are a few characters that had very similar voices and it made it a tad confusing as to who was speaking but they were minor characters. All in all, it was pretty good.