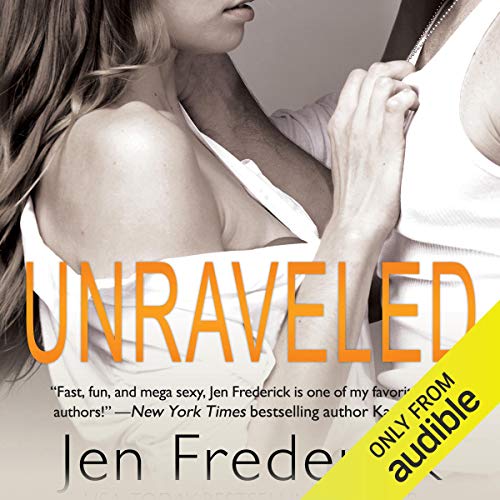 By: Jen Frederick
Narrated by: Stella Bloom,Andrew Eiden
Try for $0.00

Twenty-five-year-old Sgt. Gray Phillips is at a crossroads in his life: stay in the Marine Corps, or get out and learn to be a civilian? He's got 45 days of leave to make up his mind, but the people in his life aren't making the decision any easier. His dad wants him to get out; his grandfather wants him to stay in. And his growing feelings for Sam Anderson are wreaking havoc with his heart...and his mind. He believes relationships get ruined when a marine goes on deployment. So now he's got an even harder decision to make: take a chance on Sam, or leave love behind and give his all to the Marines?

Twenty-two-year-old Samantha Anderson lost her husband to an IED in Afghanistan just two months after their vows. Two years later, Sam is full of regrets - that she didn't move with her husband to Alaska; that she allowed her friends to drift away; that she hasn't taken many chances in life. Now she's met Gray, and taking a risk on this marine could be her one opportunity to feel alive and in love again. But how can she risk her heart on another military man who could share the same tragic fate as her husband?

What listeners say about Unraveled

What made the experience of listening to Unraveled the most enjoyable?

I was curious to see how Jen Frederick would write a believable love story between a young widow and a "soldier" who was burned by love (his longtime girlfriend cheated on him while he was deployed).


I liked the relationship between Samantha and Gray. It started as instant lust and soon developed .

I liked seeing things from Sam's perspective, the regrets she held at not joying her late husband, at her life as a young widow and her struggle to be so much more.

Gray was a great hero. After the initial misunderstanding and awkward night that didn't end with sex, his and Sam's connection grew.

Have you listened to any of Stella Bloom and Andrew Eiden ’s other performances before? How does this one compare?

The story was great and the narration added to the enjoyment of the book.

I liked both Stella and Andrew's narrations.

I usually prefer a female narrator, but Andrew did a wonderful job narrating not only Gray but also Sam.

Also, this being a Romance, kudos for Andrew for narrating Gray's dirty talk in a sexy way.

The various relationships and growth each character goes through.

Sam needed to move on, she was more than a young widow, more than the last connection to her late husband.

I loved seeing her take chances, not only with love, but also by going out of her comfort zone and trying new things.

I loved seeing Gray change and find room in his life for a new relationship.

He was fearless in the field and a fierce protector.

I loved reading about his concerns about extending his duty and about being responsible to the well being of the Marines under his command.

Sam did that once and wasn't going to make that mistake again. Both characters were mature for their age, which didn't mean they didn't make mistakes.

I disliked Gray immensely when he decided to test Sam's fidelity. It showed his insecurity and was definitely not a concern he had to have with Sam.

I loved seeing Gray finally make the decision to continue his service. I loved reading about Gray's Big Gesture (so adorable).

I hated seeing Sam hurt. But I loved her courage when she decided to follow Gray and give him another chance .