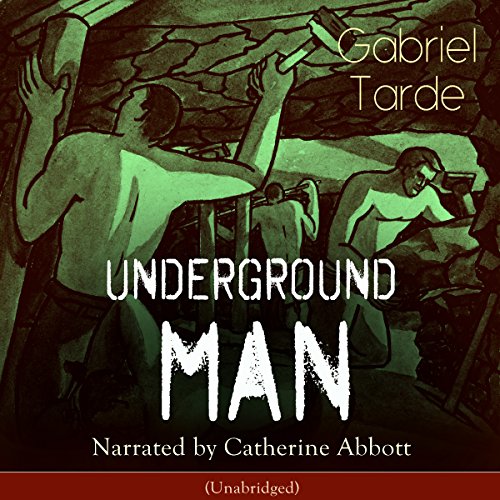 By: Gabriel Tarde
Narrated by: Catherine Abbott
Free with a 30-day trial

Gabriel Tarde depicts the collective functioning of a society which has taken refuge in the heart of a frozen earth, completely cut off from nature.

What listeners say about Underground Man

Parody of a utopia? Conservative utopia? Both?

I was very excited when I learned that this rather obscure book was on Audible. However, when I first listened, I took this as a rather straight-forward vision of a very socially and culturally conservative Eurocentric utopia, which left me disappointed in Tarde and perplexed about why someone would want to narrate this. It wasn't until I read H.G. Wells's preface to the 1905 English language edition of this book that I realized that it's not that simple. It's a shame that this preface is omitted here. In re-listening, I can appreciate much more fully some of the funny elements that should have made it clear that Tarde was not suggesting a clear plan for a utopian society, but rather making fun of some of the trends he noticed in his own society. That said, there are still some ideas that he clearly believed in, as well as some passages that seem to suggest a very sexist and racist outlook.