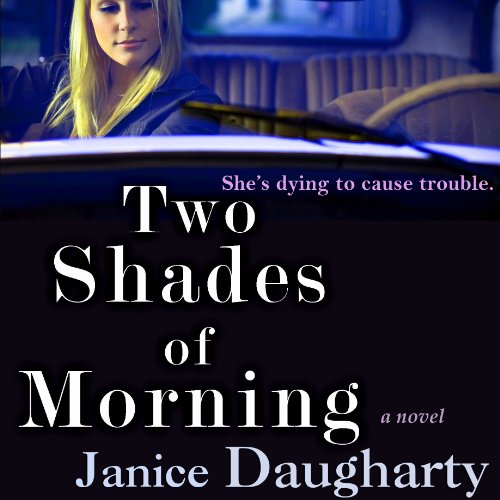 By: Janice Daugharty
Narrated by: Karen Commins
Try for $0.00

Sibyl is either dying - or just dying to cause trouble.Sympathy for a man-hunting siren? Sibyl says she’s dying. But this sexy new neighbor in a small Georgia town, circa 1960, may be lying. After all, her main goal seems to be milking her story in order to keep her husband, Robert, under her thumb while also enchanting his best friend, P.W.

For plain-Jane Earlene, P.W.’s wife, Sibyl’s suspicious motives include a bewildering mix of syrupy kindness and sly cruelty. Earlene’s attempts to point out Sibyl’s behavior to others in town sound petty toward a dying woman. Who is Sibyl, really? Her lavish spending hints at a hidden source for money, since Robert isn’t rich. How is it possible to be both repelled and hypnotized by her? There are secrets waiting to be exposed.

What listeners say about Two Shades of Morning

The author beautifully describes the scenery, the people, the culture, from the critters that chirp along the river bank, to the small southern town church. Through the curious events of this story, she explores life - which is at once simple and complex. We watch young Earlene do some difficult but much needed growing up.

The audio-book narrator did a beautiful job. Her pace and tone fit the small southern town backdrop perfectly. And I could hear in her voice the variety of emotions poor Earlene experienced.