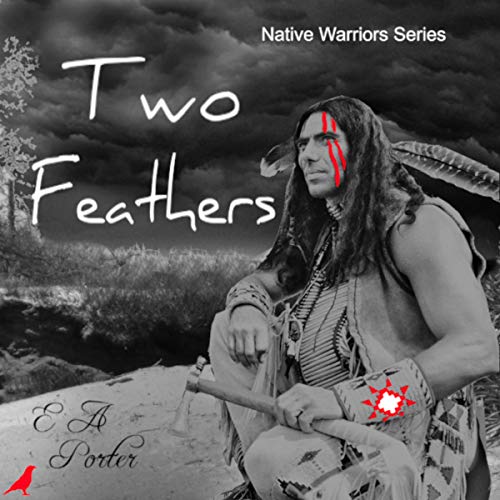 By: Elizabeth Anne Porter
Narrated by: Christy Sassmen
Try for $0.00

Bliss was only ten when her family’s home was burned to the ground, leaving her frightened and alone. She was taken in by the Choctaw and treated as one of their own, even though she failed at the simplest of tasks. Eight years later, when two white men came into the village to claim her as their relative offering herds of cattle and horses in trade, she did what she thought was best for her Choctaw family. Bliss left her village in hopes she would find herself a better fit in the white world. Before the day was out, she learned the men were not who they said and had no intention of treating her like family. In the end, she was faced with an unforeseeable choice and an unwinnable battle.

Two Feathers was a young Native learning the ways of the Choctaw. However, he was not like the other men in his village who lived off of the land, farming and raising livestock. He enjoyed spilling the blood of the invaders and was absent, fighting, more than he was home. Still, he had fallen for the little white girl who couldn’t farm, couldn’t make baskets, and was generally a failure at native life.

Returning from a battle, he discovered the white men had taken Bliss, the woman with whom he expected to share his life. Her unexpected departure changed everything. Gone were his desires to do anything other than locate the girl; she consumed his every thought and he vowed to bring her back.

Learning that the men had nefarious intentions, only reinforced his resolve.

Will he find her before she makes the dreadful decision she knows must be made?

Will she be able to face her adopted, Native family after all that has happened?

Will Two Feathers’ love be enough to vanquish the horrors she endured at the hands of her own people?