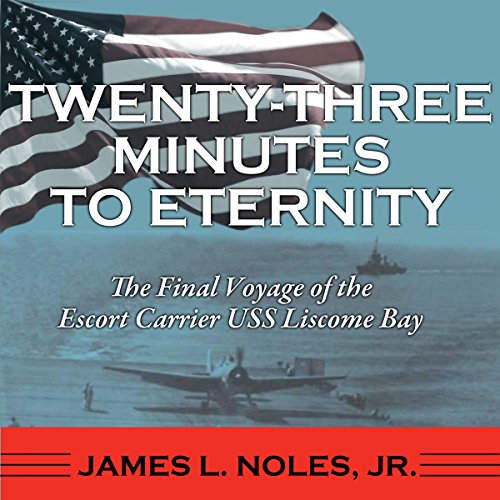 A long-overdue history of America's "forgotten flattop". On November 24, 1943, a Japanese torpedo plunged into the starboard side of the American escort carrier USS Liscome Bay. The torpedo struck the thin-skinned carrier in the worst possible place the bomb storage area. The resulting explosion could be seen 16 miles away, literally ripping the Liscome Bay in half and killing 644 of the crew. In terms of lives lost, it was the costliest carrier sinking in United States naval history. Liscome Bay's loss came on its first combat operation: the American invasion of the Gilbert Islands. Despite its short career, it touched a number of remarkable and famous lives. Doris Miller, the first black American sailor to win the Navy Cross, lost his life, as did Rear Admiral Henry Mullinax, one of the Navy's first "air admirals". John Crommelin was the senior officer to survive the sinking. Later in his career, Crommelin, a decorated naval aviator himself, sparked the famous Revolt of the Admirals, which helped save the role of naval aviation in America's Cold War military.

James Noles' account of the Liscome Bay and those who served aboard is based on interviews with the ship's survivors and an unpublished memoir that the ship's pay officer made available to the author. This compelling audiobook pays homage to the crew by telling their story of experience and sacrifice.

"The author's ability to stitch together the individual accounts of crew members into a moving history of the short life and sudden death of Liscome Bay makes this book a fascinating read." (Jeffrey G. Barlow, author of Revolt of the Admirals: The Fight for Naval Aviation, 1945-1950)

What listeners say about Twenty-Three Minutes to Eternity

My Great Great Uncle served aboard her as an Ensign, found it very interesting to hear what actually happened to the ship. The book started out a little dry going through the construction of the ship, but from there the story grabbed me and I was hooked.

May the 644 United States Navy sailors who perished on board the Liscome Bay, rest in peace. I started this book on 02 July 2016 and finished this book on Independence Day 2016.