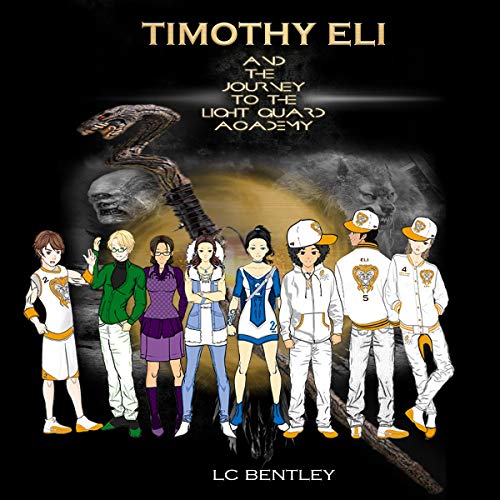 Timothy Eli and the Journey to the Light Guard Academy

By: LC Bentley
Narrated by: John H Fehskens
Try for $0.00

Timothy is a normal 12-year-old Christian kid who hates living in the shadow of his older brother. He spends most of his days goofing around with his best friends Sai and Pete and fawning over the prettiest girl at his middle school, Eve Timila. His life wasn't perfect, but it was his. He was perfectly fine underachieving and abusing his immense talent, but that was before the calling. That was before the day he died sacrificing himself for his best friend.

Unbeknownst to Tim, his actions have set in motion the start of Biblical Revelations. Tim is taken by the Archangel Michael and begins his training to protect the 144,000 witness of the apocalypse. He and his friends are descendants of a secret sect of protectors known as Remnants, who are powerful humans with insane physical and metaphysical traits given to them by Father Yahweh that give them unworldly power over the world and the elements therein.

Tim must learn to overcome his lazy and scatter-brain ways and lead his Legion into battle against some of the worst entities in existence while trying to wrestle with his newfound power and understand his role as a developing Christian.

This is the first book in the Timothy Eli series and the first volume in the Light Guard Saga, which will end with the long foretold battle between good and evil.

One of The Best Christian Books I've Ever Read

Very Creative and Imaginative storyline. The Narrator is not good at getting some of the dialogue so I get why a lot of people haven't been so fond of the performance, but I think the special effects more than make up for it. Really good. It was like watching a movie. Really well written and sound effects directed.

Sound Effects Along With Voice Are Amazing!

The Sound Effects Are So Innovative with the numerous voice of the Narrator. It really takes you away and delves into the story. A good book with a good Christian message is hard to find. Love the book. Non-stop action and perfect character and story arc. BRAVO!!! I can't wait for the second book.