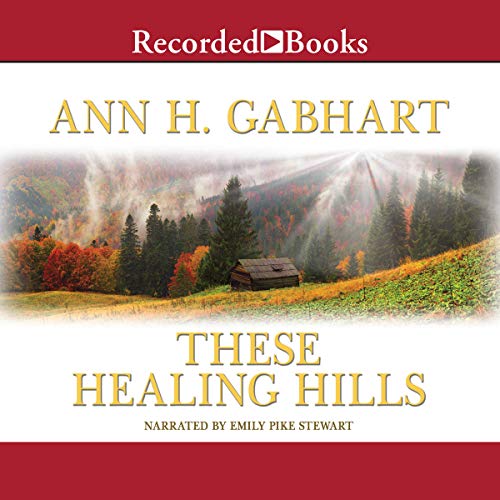 When a young woman's plans for her future fall apart at the close of World War II, she discovers new purpose as a midwife in the hills of Kentucky - and a possible chance at new love.

Francine Howard has her life all mapped out until the soldier she planned to marry at WWII's end writes to tell her he's in love with a woman in England. Devastated, Francine seeks a fresh start in the Appalachian Mountains, training to be a nurse midwife for the Frontier Nursing Service.

Deeply affected by the horrors he witnessed at war, Ben Locke has never thought further ahead than making it home to Kentucky. His future shrouded in as much mist as his beloved mountains, he's at a loss when it comes to envisioning what's next for his life.

When Francine's and Ben's paths intersect, it's immediately clear that they are from different worlds and value different things. But love has a way of healing old wounds...and revealing tantalizing new possibilities.

What listeners say about These Healing Hills

This is a sweet story about the Frontier Nursing School, which itself is a fascinating part of American history. It is a work of historical fiction, but the pictures the author paints of Appalachia from this time period are spectacular. And, the narrator gives the characters such perfect voices. The most amazing thing is how true to life her East Kentucky accent is! A lot of audiobooks with southern characters just end up sounding like cartoonish parodies, but Ms. Pike-Stewart gives these characters dignity by portraying their accents without exaggeration and how they actually sound.

I loved this story from start to finish. It made me want to traipse through the mountains and meet the characters...

I listened to this on Audible and couldn’t stop listening. I am recommending it to everyone and buying the book for a gift. Such a sweet story.

Loved this book!!! Characters and storyline were great! I like Ann's writing style. No filler. Fun to listen to.

Emily Pike Stewart is a fabulous narrator! Her voices were excellent, and finally, someone who can match the emotion of the manuscript!! She acts the parts very well and makes it thoroughly enjoyable!!!

I really liked the story and the narrator! Plan to listen to her other performances.

1st Audible book for me

I enjoyed the story and narration. I would rather read than listen. This is a good book.

Loved that this book was set in the Eastern hills of Kentucky near Harlan. lt was a refreshing story in that I never knew there were midwives in the hills of Kentucky. Getting a glimpse into their lives and work. Even though the story is fiction, it was very believable.

I really loved this book. I was a delightful surprise. A tender story of the mountain people of Appalachia.
It reminded me of the classic book" Christy" I did not want it to end and I wish there was a sequel.
The narration was PERFECT!

Great story based on the true nature of mountain folk during the 40’s. I highly recommend this book.