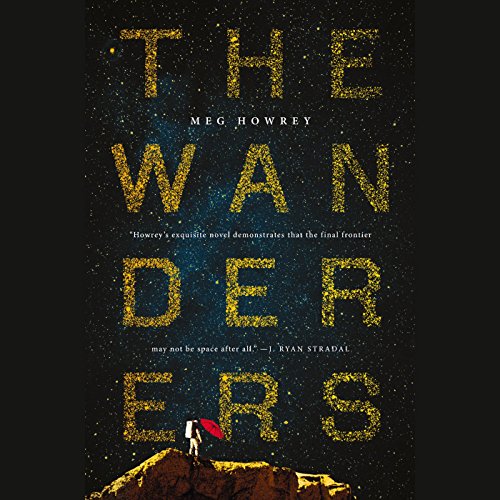 By: Meg Howrey
Narrated by: Mozhan Marno
Try for $0.00

Station Eleven meets The Martian in this brilliantly inventive novel about three astronauts training for the first-ever mission to Mars, an experience that will push the boundary between real and unreal, test their relationships, and leave each of them - and their families - changed forever.

In an age of space exploration, we search to find ourselves.

In four years aerospace giant Prime Space will put the first humans on Mars. Helen Kane, Yoshihiro Tanaka, and Sergei Kuznetsov must prove they're the crew for the historic voyage by spending 17 months in the most realistic simulation ever created. Constantly observed by Prime Space's team of "Obbers", Helen, Yoshi, and Sergei must appear ever in control. But as their surreal pantomime progresses, each soon realizes that the complications of inner space are no less fraught than those of outer space. The borders between what is real and unreal begin to blur, and each astronaut is forced to confront demons past and present, even as they struggle to navigate their increasingly claustrophobic quarters - and each other.

Astonishingly imaginative, tenderly comedic, and unerringly wise, The Wanderers explores the differences between those who go and those who stay, telling a story about the desire behind all exploration: the longing for discovery and the great search to understand the human heart.

"Engrossing.... Although the contours of a space drama may seem familiar to a 21st-century readership, Howrey, through the poetry of her writing and the richness of her characters, makes it all seem new. A lyrical and subtle space opera." (Kirkus Reviews, starred review)

"Three astronauts and those who know them best explore the limits of truth and love in Howrey’s genre-bending novel.... The voices are distinct, each member reviewing and acting on his or her own emotional telemetry with equal parts brilliance and blunder, and the stakes are high, with any heartbeat capable of tipping the scales against the crew’s survival.... With these believably fragile and idealistic characters at the helm, Howrey’s insightful novel will take readers to a place where they too can 'lift their heads and wonder.'" (Publishers Weekly)

"Howrey presents an extraordinarily empathetic and well-realized look at the astronauts and their families as they progress through the Eidolon mission. Compelling and timely, these parallel tales of exploration, both through the galaxy and within, should win over a wide variety of readers." (Library Journal)

A Journey over a Destination

The narration is very good - there are a few spaces between paragraphs where it is clear they edited together two different recording sessions, however, overall the quality and tone of the narrator is great. Overall I would call it calm and intriguing. The book itself is not quite what I expected. Each chapter is from a different character's perspective, and the reader has no information that the characters themselves do not have, and they are unreliable. They only see each other through filters, and all are conscious of they way others see them to a hyperactive degree. The setting is somewhat circumstantial, where the interesting this is not training to go to Mars - really that is just a backdrop for exploring the development and relationships between these people - rather what a superhuman task requires of those who undertake it.

A Voyage Of Discovery

Ok, up front I just loved this book. My hope is that you didn't read the editorial review or the publisher summary. To me, they both contain too much information. I won't say they contain actual plot spoilers--but something more on the lines of presenting preconceived ideas. Notions that might limit your personal experience of what is actually happening in this amazingly subtle and nuanced novel. There is so much depth in Howrey's writing and when combined with Marno's beautiful narration the whole experience sparkles.

I think that this is the sort of book that each reader will interpret in their own way. For me the writing was packed full of deeper meaning, wry humor, growth and love. The whole book was so thoughtful, so filled with insight and grounded solidly in a feeling of hope and possibility.

My suggestion, if you decide to take the plunge, is to approach the storytelling free of limits, with an open mind and allow yourself to see where this adventure takes you. I hung on each word and listened almost non-stop. My favorite book so far this year. Wonderful.

One of the most deeply moving and compelling works of contemporary fiction I have read.

Ms. Howery has much to teach Nabokov, Roth, Vonnegut.

Listen with your heart, to the depth of your soul and all the compassion for humanity for which you are capable, and you, too, I hope, will feel about this work of genius as I do.

Well developed characters and good writing. So many sentences and sentiments that resonated with me. Thoroughly enjoyed this book and was sad when it was over.

Deeply and, most importantly, unapologetically insightful of the human condition, with a satisfyingly rich gamut of self-perception and the mental life that arises. Set in the context of an attempt to do what humanity has done before, the narrative sheds light into the quintessentially human complexities of the task that the recent tide of imaginings of the colonization of Mars have mostly shied away from.

READ/LISTEN then DO IT AGAIN

Beautifully written and read with a profound understanding of its meaning, this is a book with extraordinary insight into the assumptions that support our lives and relationships.

Astronauts are people too

From the perspective of us average folk astronauts seem like people that are as near perfect in every respect as we can imagine. This story shows us that side and all their other very human other selves. All the same great and petty torments. All the complex interwoven narratives are compelling, sweet, neurotic, intelligent and many times blind as are all of ours (mine at least). I had to slog through a few passages but they were short and few, I started it three times and I am very happy I finally finished it. I very definitely recommend it.

The story is good, however I was hoping for a little more exciting story line. Mostly this is a story about the personalities of the astronauts and their families. After a few chapters, there wasn't much to keep me engaged. It was, however, interesting to imagine how they and their families must control their feelings for the sake of the career. The narration became a little monotonous for me. I finished the book but only because I am very stubborn and am unwilling to cut my losses!

Would you be willing to try another book from Meg Howrey? Why or why not?

No thanks. While the author's prose is great, I didn't find the story engaging. The style of writing isn't for me.

Which character – as performed by Mozhan Marno – was your favorite?

None really. I never developed an attachment to any of them.

Was The Wanderers worth the listening time?

I bought this book because I really enjoyed The Martian and Station Eleven, but this book is more of a drama than sci-fi. Slow moving book more about the dysfunctions of the unlikeable characters than a mission to Mars. Plodded along until it's unsatisfactory ending. Narration was very good and most likely the only reason I finished the book.

I enjoyed this story but I would have preferred several things be resolved more fully.