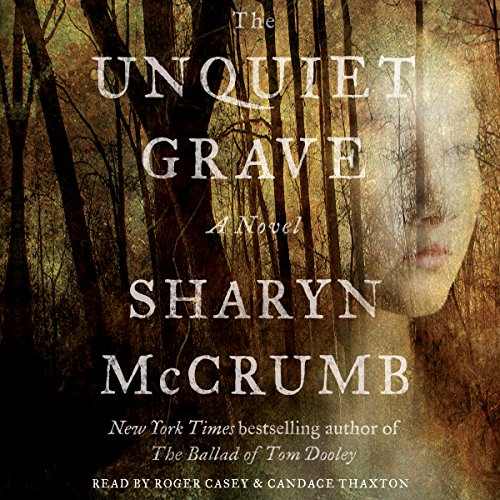 By: Sharyn McCrumb
Narrated by: Candace Thaxton,Roger Casey
Try for $0.00

From New York Times best-selling author Sharyn McCrumb comes a finely wrought novel set in 19th-century West Virginia, based on the true story of one of the strangest murder trials in American history - the case of the Greenbrier Ghost.

Following a suicide attempt and consigned to a segregated insane asylum, attorney James P. D. Gardner finds himself under the care of Dr. James Boozer. Fresh out of medical school, Dr. Boozer is eager to try the new talking cure for insanity and encourages his elderly patient to reminisce about his experiences as the first Black attorney to practice law in 19th-century West Virginia. Gardner's most memorable case was the one in which he helped to defend a White man on trial for the murder of his young bride - a case that the prosecution based on the testimony of a ghost.

Beautiful, willful Zona Heaster has always lived in the mountains of West Virginia. Despite her mother's misgivings, Zona marries Erasmus Trout Shue, the handsome blacksmith who has recently come to Greenbrier County. After weeks of silence from the newlyweds, riders come to the Heasters' place to tell them that Zona has died from a fall, attributed to a recent illness. Mary Jane is determined to get justice for her daughter. A month after the funeral, she informs the county prosecutor that Zona's ghost appeared to her, saying that she had been murdered. An autopsy, ordered by the reluctant prosecutor, confirms her claim.

The Greenbrier Ghost is renowned in American folklore, but Sharyn McCrumb is the first author to look beneath the legend to unearth the facts. Using a century of genealogical material and other historical documents, McCrumb reveals new information about the story and brings to life the personalities in the trial: the prosecutor, a former Confederate cavalryman; the defense attorney, a pro-Union bridgeburner who nevertheless had owned slaves; and the mother of the murdered woman, who doggedly sticks to her ghost story - all seen through the eyes of a young Black lawyer on the cusp of a new century, with his own tragedies yet to come.

With its unique blend of masterful research and mesmerizing folklore, illuminating the story's fascinating and complex characters, The Unquiet Grave confirms Sharyn McCrumb's place among the finest Southern writers at work today.

What listeners say about The Unquiet Grave

I am a huge fan of Sharyn McCrumbs work! I especially love these kinds of stories. The only complaint is that you can't stop reading or listening to them & then you've finished & have to wait a year or two before the next one!

The story was kept me guessing right up until the end. My only complaint is that there sometimes is a alot of information, so much so that I would get lost in it... I mean, it made for great character development and I felt like I knew them by the end of the book but there were times when I would start to tune out.

Could not stop listening
A great twist at the very end! Written about my favorite state, Virginia.

One half the story was good

I don't know if it was the poor narration or the content, but I had a terrible time sticking with the lawyer's story line. The mama was clear, definitely country, and pure Mccrumb. That said, it was a good story, just maybe better off read than listened to.

McCrumb is at her best in her appalachian series

Her Appalachian Ballad books are some of my all time favorites. Nora Bonesteel's Christmas Past was a dissappointment but all of the full books are excellent. I, along with most McCrumb fans, would love to see a novel focused on Nora, Since each book is independent you can start with any one and this one is good. I'm actually thinking of starting from the beginning and reading each one again.This is a story of evil being overcome by the indomitable will and love of an Appalachian mother. Good Read.

There are two readers, and the male reader is not altering his voice for different characters, and intonation is limited. It’s making it very hard to follow the story with no audible cues as to a switch in speaker. Not even a change from a deep bass voice nor in articulation for an elderly, uneducated female character.

I’ve been spoiled by all the other performances I’ve heard. It’s frustrating me so much that I’m posting a review, which I almost **never** do.

I loved it. I did not know it was based on a true story until I started recognizing names and places. Great story!

A trip into mountain life

The vivid language and storyline places one dead center into late 1800s mountain life with some clear glimpses into prison time of the 1930s as racial, gender, and cultural differences are highlighted by the story as written by this impressive author.

I loved the story line & narration. I’m now eager to return to Lewisburg to visit the setting of this book once more! Love, love, love!!!

I live 125 miles from Lakin, WV and am familiar with the cadence of the area. The narrators captured that cadence just right even 123 years and 90 years after the events of this story. Both Candace Thaxton and Roger Casey transported me into the hollows and bottoms of West Virginia. I felt how large the decision was to go to Lewisburg, and the sense of urgency to not tarry after nightfall on the cold and dark roads. Even today, driving a car rather than a horse-drawn wagon, I don't like being out on some of these roads after dark. How much bigger was the experience riding in a slow-moving, open wagon.

Mr. Casey's depiction of Mr. Gardener and Dr. Boozer bespoke an understanding of the reality and pragmatism of successful black men of the era. And Ms. Thaxton reminded me that I know Mrs. Mary Jane Heaster. I've met her many times throughout the most rural parts of the South—hard-working, insightful, and dig in her heels determined. Mr. Casey's and Ms. Thaxton's interactions with the story, characters, and eras helped bring the story alive.

Ms. McCrumb did a fine job of writing the story of "the strangest murder trials in American history." Even if I didn't know this geographical area and its people, Ms. McCrumb's writing coupled with the narrators' excellent voice work, I'd still understand how Mrs. Heaster ... well, to say more would give it all away.