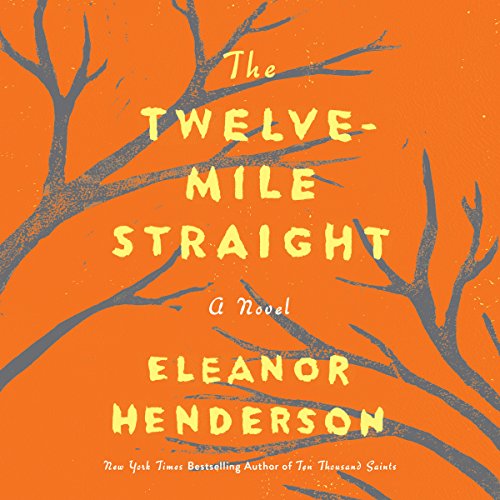 By: Eleanor Henderson
Narrated by: Allyson Johnson
Try for $0.00

From New York Times best-selling author Eleanor Henderson, an audacious American epic set in rural Georgia during the years of the Depression and Prohibition.

Cotton County, Georgia, 1930: In a house full of secrets, two babies - one light-skinned, the other dark - are born to Elma Jesup, a white sharecropper's daughter. Accused of her rape, field hand Genus Jackson is lynched and dragged behind a truck down the Twelve-Mile Straight, the road to the nearby town. In the aftermath, the farm's inhabitants are forced to contend with their complicity in a series of events that left a man dead and a family irrevocably fractured.

Despite the prying eyes and curious whispers of the townspeople, Elma begins to raise her babies as best she can, under the roof of her mercurial father, Juke, and with the help of Nan, the young black housekeeper who is as close to Elma as a sister. But soon it becomes clear that the ties that bind all of them together are more intricate than any could have ever imagined. As startling revelations mount, a web of lies begins to collapse around the family, destabilizing their precarious world and forcing all to reckon with the painful truth.

Acclaimed author Eleanor Henderson has returned with a novel that combines the intimacy of a family drama with the staggering presence of a great Southern saga. Tackling themes of racialized violence, social division, and financial crisis, The Twelve-Mile Straight is a startlingly timely, emotionally resonant, and magnificent tour de force.

"Narrator Allyson Johnson weaves a Southern gothic tale that wraps around the listener like a coiling snake.... Johnson's delivery infuses the story with verve.... Henderson's prose and Johnson's voice make this production a must-listen." (AudioFile)

What listeners say about The Twelve-Mile Straight

This historical fiction story discerns the complicated intersectionality of race, economics, and class. Written in the vernacular of southern Jim Crow Era. Slowly paced, a few words were mispronounced, nonetheless a great read!

I couldn't get into the story. Not enough plot line, told like a stream of consciousness.

Too long, confusing as an audiobook

I think this title might be better served as a traditional or kindle title. The type of storytelling the author is doing does not lend itself to listening and keeping track of the story.
Story itself - not too much of a plot, more of a many-year window into how this group lives, loves, and dies in very, very small town Georgia. There are other novels out there that tell similar stories.

I really enjoyed this story.

this story as hard as it is to listen to many is the things that happened back then I still believe that it was a much better time . I love reading these stories and imagining what it must have been like to live in a time where people had respect.