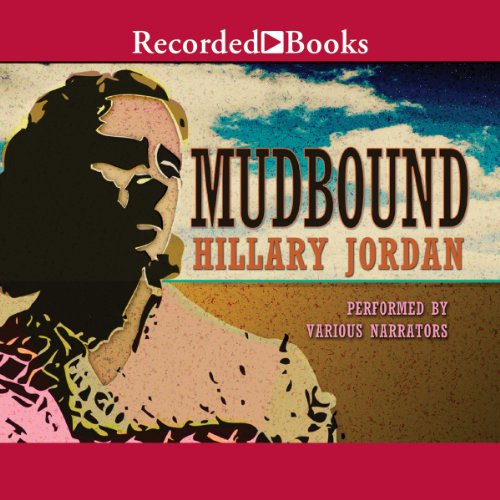 Hillary Jordan's mesmerizing debut novel won the Bellwether Prize for fiction. A powerful piece of Southern literature, Mudbound takes on prejudice in its myriad forms on a Mississippi Delta farm in 1946. City girl Laura McAllen attempts to raise her family despite questionable decisions made by her husband. Tensions continue to rise when her brother-in-law and the son of a family of sharecroppers both return from WWII as changed men bearing the scars of combat.
©2008 Hillary Jordan (P)2008 Recorded Books
Historical Fiction
Show more Show less

What listeners say about Mudbound

May this South never rise again.

I grew up in the South. I lived there during the Forties and Fifties, which is the time period of this book. Because of the year of my birth, I never went to school with black children. I never sat beside a black person on a bus nor in a church. Now I am quite elderly and have not lived in the South for many decades. And yet, this book brought back feelings of shame, anger and bottomless sorrow about the cruel injustice that was part of that too recent history of our nation. Hilary Jordan recounts a part of that Jim Crow era with subtlety, depth and understanding.

Jordan opens her story with the burial of an old white man, father of the owner of a small cotton farm on the rural outskirts of a tiny town in Mississippi. All of her major characters are presented at this gathering. The sharecroppers, Hap and Florence Jackson and their children, twin boys and adult son Ronsul; the owner, Henry and his family, his wife, Laura, two young daughters, his younger brother, Jamie, and his father, Pappy, who still clings to the past social order of the Old South.

This opening event sets the tone of the society in which they live. How can Henry ask and expect Hap to help him bury Pappy, who played a major part in the lynch mob that destroyed the sharecropper’s son? How can Hap agree to help put the coffin into the wet, muddy grave, and also offer to read a few words from his own Bible. It is hard not to sympathize with his wife Florence’s passion to destroy the old man totally.

How can our society compound the injustice of the Jim Crow era by using young black men to fight and die in our wars and expect them to accept the same second class treatment when they return home? We see the hope for change in the beginning of a friendship between the two war vets, Ronsul and Jamie. How could young men who were accepted as equals in other countries cope with the same old yassa massa treatment back home.

Laura, is described as an almost old maid, sweet and effective, but not pretty. She grows in courage, maturity and self-confidence as she cares for her family and her home (no running water, no electricity) in the Mississippi Delta mud and tries to shield the Jacksons and her daughters from her father-in-law, She learns about her own emotions, strengths and ability to create her own joys. This book is very well written. I recommend it to the old and the young. It will touch emotions such as injustice, anger and sadness that we still experience as we read world news today.

This was a powerful story. Very well written. All the characters were very well developed. If you liked The Help, I think you'll like this book. The story takes place in on a farm in Mississippi in the aftermath of WWII. Race relations, love, fidelity, loyalty, bigotry, prejudice, war, survival, are just some of the themes in the book. It was one of those books I would find opportunities to listen to and got completely involved in. The audio version of the book is very well done with different people narrating each role.

Mudbound grabbed you from the beginning and kept you enthralled and engaged until the end. While I wouldn't compare it to "The Help' which was done below, I would say the pace of this book and the great story is well worth the credit or even paying in full.

What a gem! Great scenes, wonderful dialogue, well developed characters and a plot that moves quickly. I couldn???t stop listening. Even when I thought I knew where the story was leading, I didn???t!
This story is in the same league as The Help, the Kitchen House and Crooked Letter, Crooked Letter . The author does an excellent job of showing us a view of 1950???s rural Mississippi and the narrators are almost perfect. The only thing I would change (and only a little) is the narration for Jamie,,, the voice is good but the reading is just that,,, reading and not performance

This book sticks with you for days and days. I just couldn't believe how beautiful,engaging and powerfully crafted the characters are. Author Jordan takes you on a harrowing journey through the post-WWII South. Please download this--you WON'T be sorry!

Every once in awhile I get an audio book that I can't stop listening to. Mudbound is one of those books. The characters are well developed and believable. They are described like real people with both good and bad qualities. I found myself wondering how they were doing after finishing the book. The author's way of weaving words together is truly artistic. I will definitely look for Hillary Jordan's next book!

This was one of those books I couldn't wait to listen to - on a walk, cleaning house, driving in my car, I had it on. Wonderful reading voice - best I've heard since "The Help." Different voices for the different characters. Powerful and gripping story - it will make you ashamed of your country, but it teaches you so much. I convinced my book club to read it after I listened to it - thought-provoking book to discuss.

Superb narration by different voices, each with a perspective on the unfolding story. The story is dramatic and tense, infused with vivid and painful images. This book and the Blues would be the perfect audio mix for a road trip through the Delta.

I loved the way the author spun this tale of rural Southern America as told from the perspective both men and women, white and black in a post World War II Mississippi delta farm area. I loved it more than John Grisham's "A Painted House" and that is high praise.

Racial prejudice. I will NEVER understand it nor accept it.
Newlywed wife (white) becomes a farmer's wife instead of a city wife as expected.
This is a time when blacks are still trying to own their own land and be self sufficient. Black family living on the farm are sharecroppers, meaning they help work the land , but must give a share to the farm owner. The white and black families seem to get along, but individuals around them cause prejudicial problems.
2 soldiers return home, one from each family. How are they treated? Very differently, but there is a bond of the war between them.
How are the wives dealing with the families, how do the husbands respond?
After writing my review, I changed my rating from 4 to 5 stars.